The incident occurred as Russian troops closed in on the Ukrainian capital. 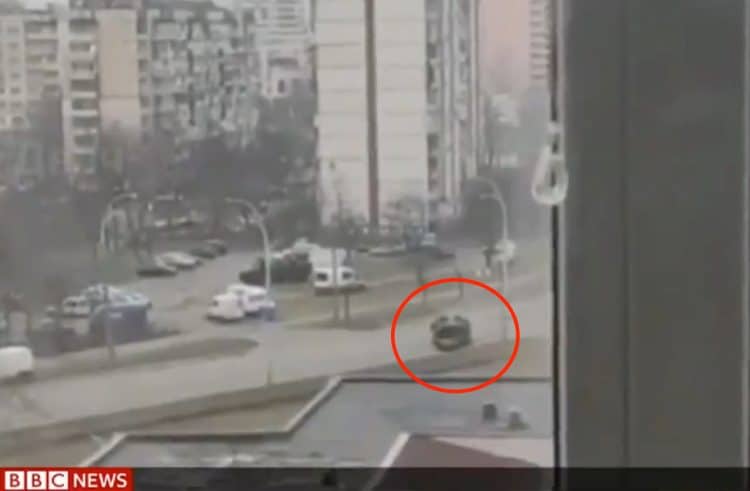 A Russian tank has been filmed driving over a civilian car driven by an elderly person in a suburb of Kyiv.

The armed vehicle was spotted by nearby residents driving down a main road leading through a residential area.

It suddenly swerves after spotting an old Sedan car driving towards it, crashing into its side and rolling on top of it, much to the horror of the people filming.

Miraculously, reports said that the driver of the car survived the shocking crash, with a further video showing people working desperately to free them from the wreckage.

The incident occurred as Russian troops closed in on the Ukrainian capital after Russian President Vladimir Putin ordered a full-scale invasion early on Thursday.

It was not immediately clear if the crash was intentional. Some reports said the tank was driving erratically, swerving and mounting pavements, before the crash.

Related: Romanians and Moldovans pull together to welcome Ukrainian refugees