The Tory secretary also claimed the British Army “kicked the backside of Tsar Nicholas I in 1853 in Crimea” and claimed “we can always do it again”. 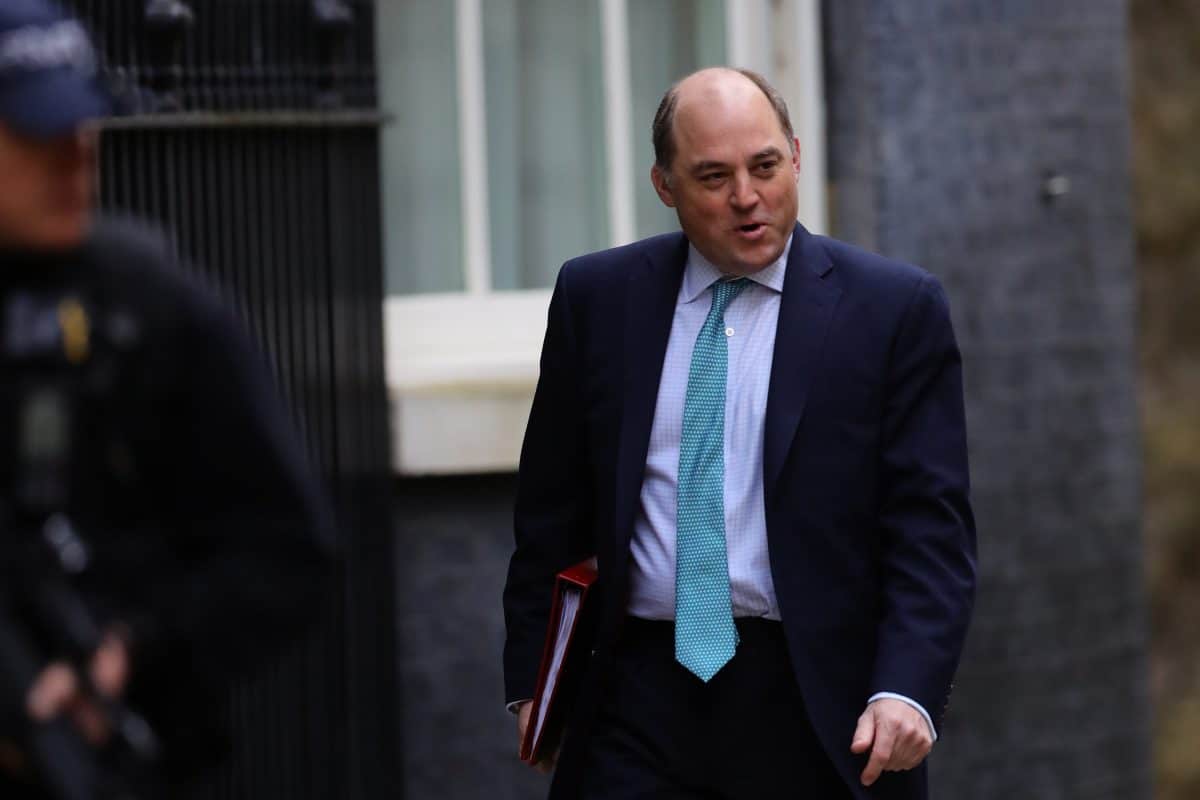 The Spanish word, which means “dumb”, was used after Putin hit out at the Ukrainian “regime” for causing bloodshed in a “bullying” TV appearance.

The Tory secretary also claimed the British Army “kicked the backside of Tsar Nicholas I in 1853 in Crimea” and claimed “we can always do it again”.

Whilst addressing serving military personnel in Westminster, the Cabinet minister said Putin has made the mistake of having no allies in his current moves.

“It’s going to be a busy Army,” Wallace said, adding: “Unfortunately we’ve got a busy adversary now in Putin, who has gone full tonto.

“Tsar Nicholas made the same mistake Putin did… he had no friends, no alliances.”

Wallace’s statements were made in a room where a large painting shows the Battle of Inkerman during the Crimean War.

Other Twitter users described the level of cringing that Wallace caused them. “Hello, I just cringed so hard I turned into a human origami,” one person said, whilst another commented: “I’ve cringed so badly. I’ve actually shed a layer of skin.”

“The height of embarrassment – British exceptionalism, arrogance and chauvinism in a few seconds,” another said.

A third added: “Like Ben Wallace I am highly confident that the Scots Guards could defeat the Russian imperial army of the early 1850s.”

Wallace’s attack of Putin’s mental state comes after prime minister Boris Johnson also accused the Russian president of being “in an illogical and irrational frame of mind”, according to the Daily Mail.

Johnson suggested Putin does not “care” about the “very considerable” economic sanctions Russia will face because of the invasion of Ukraine – and said this is down to him not thinking clearly.

Speaking in the Commons earlier this week, Johnson said: “We are in a position to impose very considerable economic costs on Putin.

“The question is whether he is going to care enough about it because he is clearly in an illogical and irrational frame of mind.”

Putin’s warning to the West

Meanwhile, Putin has warned the West against interfering in the conflict.

“To anyone who would consider interfering from the outside – if you do, you will face consequences greater than any you have faced in history,” the Russian president said in a TV broadcast around 6am Moscow time, according to the Daily Mail.

Putin described the invasion as a “special military occupation” with the purpose of “demilitarising” and “de-Nazifying” Ukraine, rather than occupying it.