‘If we had an effective electoral law leading Brexiteers would now be in jail’ David Davis’ former chief of staff says Boris Johnson should be in prison. The striking comments come just a week after Lord Sugar also claimed that Boris Johnson and Michael Gove should be behind bars for Brexit ‘lies’. Last week Lord […] 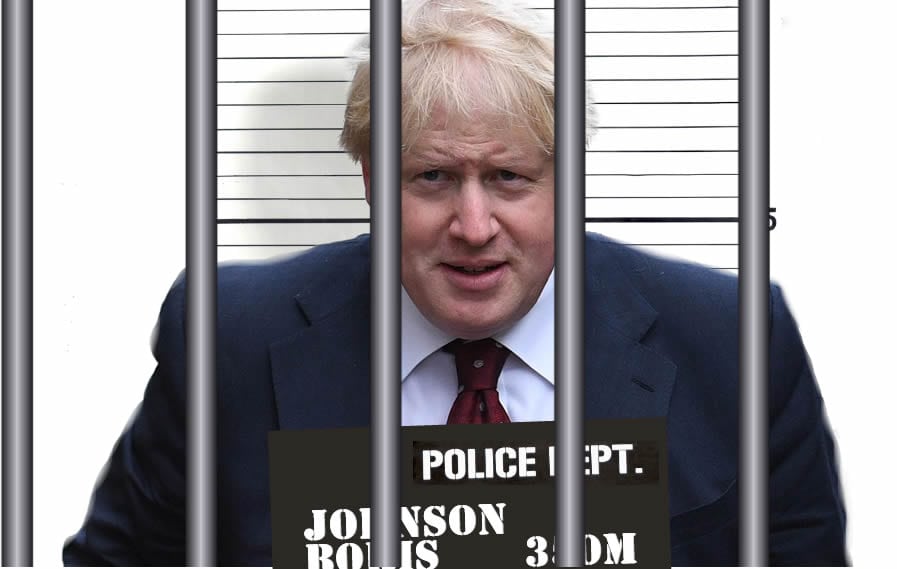 David Davis’ former chief of staff says Boris Johnson should be in prison. The striking comments come just a week after Lord Sugar also claimed that Boris Johnson and Michael Gove should be behind bars for Brexit ‘lies’.

Last week Lord Sugar told BBC Radio 5 Live that the pair should ‘100 per cent absolutely be thrown in jail for claiming the NHS would be £350 million richer if Britain left the EU. Or at least they should have a criminal record’.

Yesterday, James Chapman, former chief of staff to Brexit Secretary David Davis, said: ‘Let’s be honest, if we had an effective electoral law leading Brexiteers would now be in jail’.

Referring to Foreign Secretary Boris Johnson by name, he cited Vote Leave’s claim that the UK leaving the EU means an extra £350m for the NHS. A claim that was revoked just hours after the UK marginally voted to leave the EU in June last year.

Mr Chapman, was the former political editor of the Daily Mail and a spin doctor for George Osborne.

Before taking a swipe at Boris Johnson’s Brexit lies, he described quitting the EU as a ‘catastrophe’. He then took aim at Mr Johnson, tweeting:

“Let’s be honest, if we had an effective electoral law leading Brexiteers would now be in jail #wheresmy350maweekboris.”

He directed Twitter posts at other ministers highlighting the difficulties of leaving the EU and hinting at disunity within the Conservative party.

He tweeted Business Secretary Greg Clark: ‘I know you don’t agree with this nonsense, but can you confirm it’ll take 7 years to implement alternative Euratom regime?’

He asked Culture Secretary Karen Bradley whether she could ‘confirm all US broadcasters are moving out of London because of the PM’s deranged hard Brexit’.

He then asked Health Secretary Jeremy Hunt how ‘millions of UK tourists in Europe will maintain [the] right to emergency healthcare’.

Recently a group of lawyers and academic experts in electoral law set out to prove that last year’s vote was indeed based on some big lies and deceptions; which is a breach of electoral law.

They group had been building a case that certain figures in the Vote Leave campaign deliberately and knowingly misled voters.  They particularly focused on:

You lost, get over it

To underline the inadequacy of the electoral law to protect the public, the group only had one year to lodge the case, from the date of the referendum. That date lapsed in after 23 June, so it’s now unlikely that any charges can be made.

Whilst the ‘you lost, get over it’ brigade dismiss the pursuit as pointless. Others believe there is something much bigger at stake; the health of our society and democracy.

Effective sanctions for dishonest conduct are vital to ensure that Politicians don’t have free scope to misinform and mislead the public Carte Blanche.

In the post truth society we’re living in, this can only lead to Governments in power without a functioning moral compass. Imagine a Universe where someone like Donald Trump was leader of the free World…