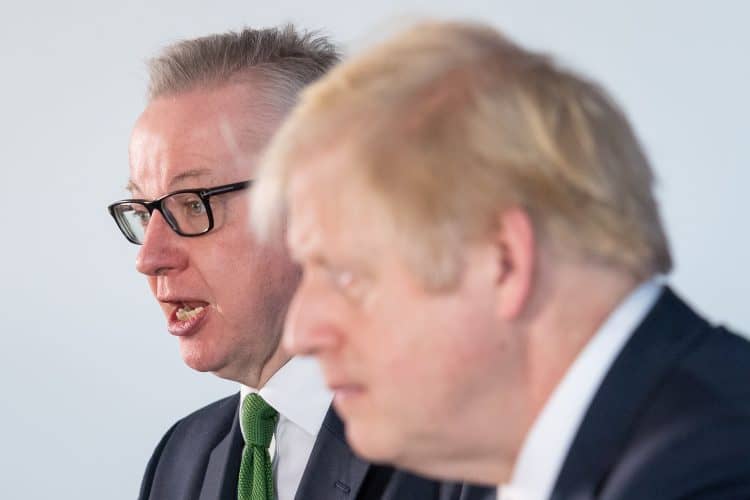 In The Sun, the ministers argued leaving the EU would allow the UK to scrap a £2 billion annual tax on gas and electricity prices – and fund it out of £11 billion a year saved from Britain’s contributions to the European Commission.

Writing for the newspaper on 30 May 2016, the Tory “Out” campaigners promised: “Fuel bills will be lower for everyone”. Labour’s Gisela Stuart also signed the article at the time, which argued the VAT on bills hits the poorest the most.

Britain moved this week to reduce Universal Credit for millions of families, as well as to increase the national insurance payments, which are believed to hit the young and poorest the hardest.

Energy prices have increased by over 70 per cent last month, which caused seven energy suppliers to fold and may push four more out of business next week, according to media reports.

This means households could experience bills increases of up to £400 a year.

And although the government has reassured Brits that higher gas prices will not mean an energy crisis for the UK, emergency meetings have been held with energy industry leaders – which have been likened by a senior industry insider to early Covid crisis talks.

But business secretary Kwasi Kwarteng said energy supply is “not a cause for immediate concern” and that the government does not expect supply emergencies this winter.

A source told The Guardian that the government is considering short-term measures to help both energy firms and Brits this winter, but may also speed up a shift away from fossil fuels.

“There’s nothing about this situation that wouldn’t be better if we were less reliant on gas,” the source said.

UK funding ‘should come out of Brexit promised money‘

Earlier this month, Dominic Cummings told The London Economic he believes health and social care funding should have come out of the £350 million a week for the NHS which was promised by the Vote Leave campaign.

He said the national insurance increase is “very bad policy and politics”.

Ferrari asked Javid on Wednesday: “A couple of years ago we were told that if we left the European Union we’d be saving £350 million a week that would go to the NHS, that’s tens of billions of pounds we’ve saved.

“Where is it? Why do we need this additional funding now we’ve left the European Union?