The PM was found holed up in a remote part of Scotland as the exam fiasco continues to dominate the front pages. 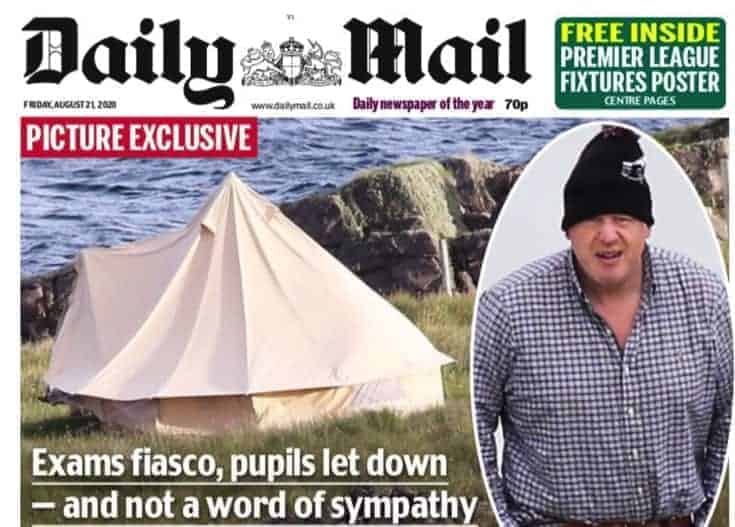 Boris Johnson has been found camped out in a remote part of Scotland as the “invisible man” hides away from the ongoing exam fiasco.

Last week Sir Keir Starmer called on the Prime Minister to take “personal responsibility” for fixing the issue which has impacted students across the country.

The Labour leader accusing him of having been “invisible” throughout a turmoil which led to another embarrassing U-turn from the government.