“Crossing the sea in a rubber dinghy is terrifying and devastating. And I wouldn’t wish it on my worst enemy.” 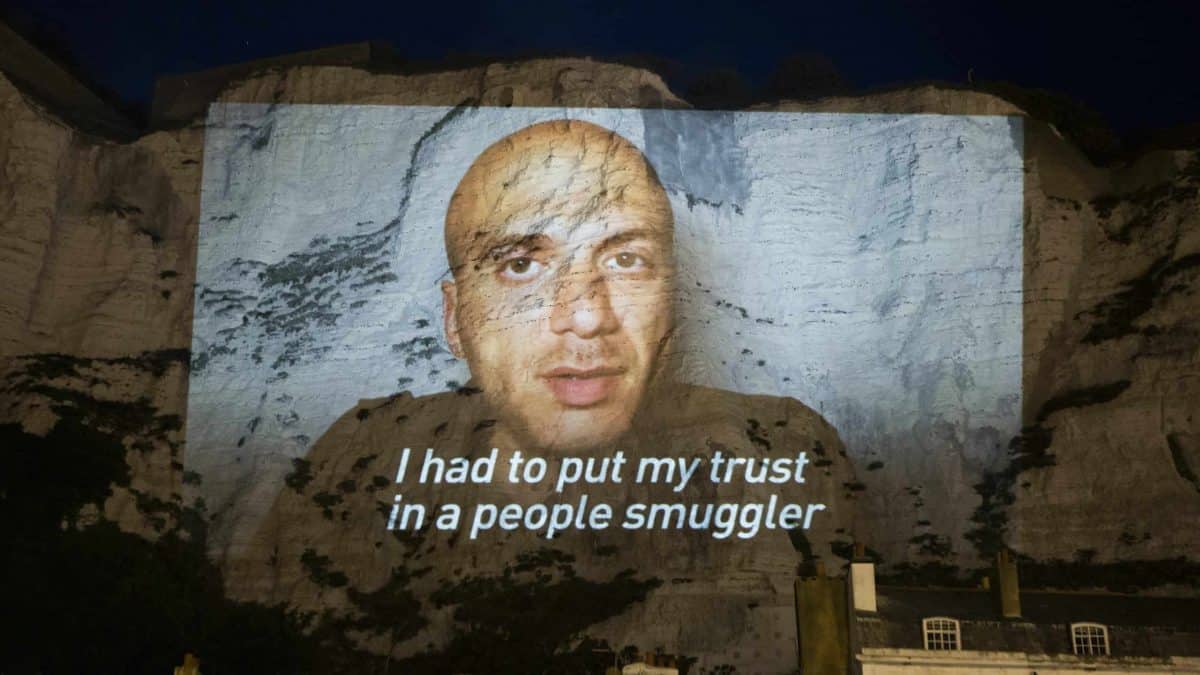 An emotional plea for compassion for migrants crossing the English Channel has been beamed on to the White Cliffs of Dover.

The landmark was lit up with a giant video of NHS cleaner Hassan Akkad, a Syrian refugee who crossed to Britain several years ago.

He highlighted the “terrifying and devastating” journeys that so many people are undertaking to reach the UK by boat, and blamed the Government for using the crisis as a distraction from the coronavirus pandemic.

The giant projection is the latest stunt by Led By Donkeys, a group of activists famed for their giant billboards of politicians’ tweets.

It came as French prosecutors continue to investigate the death of a Sudanese migrant whose body was found on a beach in Calais earlier this week.

Almost 4,900 migrants have successfully crossed to the UK in small boats so far this year, analysis from the PA news agency shows.

He said that, like many of those arriving recently, he had to put his trust in a people smuggler because safe and legal asylum routes are unavailable.

He continued: “Crossing the sea in a rubber dinghy is terrifying and devastating.

“Devastating because it makes you feel so helpless and insignificant.

“And I wouldn’t wish it on my worst enemy.”

“I wouldn’t wish it on my worst enemy”

He argued that Britain is not facing a refugee crisis, but that the migrant crossings are being used as a distraction by the Government.

“I will say it again – they are using us to distract you from how from how badly they have managed during this pandemic,” he said.

“The past few months have proved that the people who made Britain their home didn’t hesitate to roll up their sleeves and keep this country running during the worst public health crisis in modern history.

“From harvesting our produce to stacking our shelves. From delivering our takeaways to looking after our elderly and sick.

“From driving our buses to, in my case, cleaning my hospital to help the NHS.

“The only difference between you and us is luck.”