“The UK is in a cost-of-living crisis with food prices spiralling, real-wages falling, growth plummeting and taxes up. It is clear now that the Government has absolutely no ambition to fix the mess they have created." 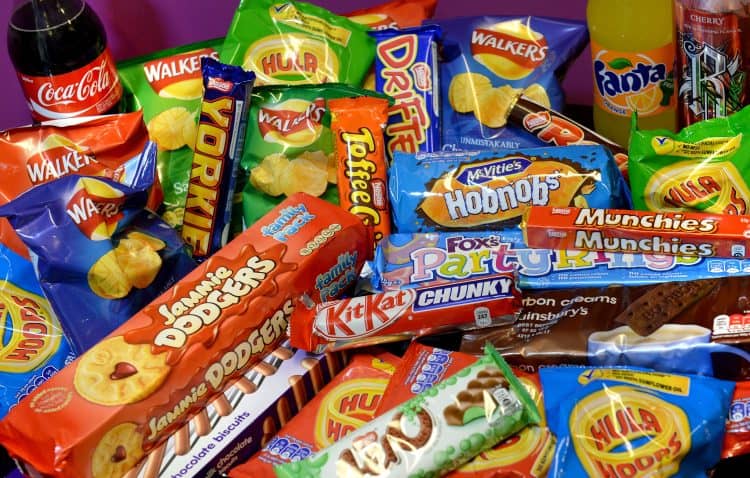 The Government has been accused of concocting a food strategy for England “bordering on the preposterous”, with a leaked paper suggesting ministers are set to reject key recommendations from a major review.

Calls for a sugar and salt reformulation tax appear to be ignored, while no promise has been made to guarantee the budget for farm payments until at least 2029 to ease the transition to more sustainable land use.

Cabinet minister Michael Gove announced in 2019 that Leon restaurant co-founder Henry Dimbleby was to lead a review into England’s food system to ensure it is “safe, healthy and affordable” for all.

Mr Gove said he had appointed Mr Dimbleby to investigate the entire system “from field to fork” to ensure it was robust “in the face of future shocks” and delivered healthy and affordable food “regardless of where people live or how much they earn”.

The review was also set to investigate how the food system could help to restore and enhance the natural environment, build a resilient and sustainable agriculture sector and contribute to urban and rural economies.

In his final report, published in 2021, Mr Dimbleby called for a sugar and salt reformulation tax as a key part of efforts to transform the nation’s diet to include less sugar, salt and meat to protect health and the environment.

But this appeared to be snubbed by ministers in a leaked draft of the Government’s food strategy white paper, ahead of its expected publication on Monday.

The Guardian and Financial Times reported that the document did not follow through on the proposal.

Instead, it stated: “Government can set a clear direction for industry and ensure that consumers are empowered with information to make improved dietary choices.

“Government should also incentivise industry to reformulate and promote healthier food that is more accessible, and design and deliver policy actions that drive improvements across the food environment.”

In his report, Mr Dimbleby had said some money raised by the tax should be spent on addressing the inequalities around food, by expanding free school meals, funding holiday activity and food clubs, and providing healthy food to low-income families.

It also called on ministers to make sure the budget for payments for farmers to deliver environmental benefits, such as restoring nature, preventing floods and improving soils, was guaranteed until at least 2029.

But this too was ignored in the draft white paper, the FT said, with the Government instead repeating a pledge to preserve the budget in the current Parliament.

Labour criticised the leaked document as “nothing more than a statement of vague intentions”.

Jim McMahon, the shadow secretary of state for environment, food and rural affairs, said: “The UK is in a cost-of-living crisis with food prices spiralling, real-wages falling, growth plummeting and taxes up. It is clear now that the Government has absolutely no ambition to fix the mess they have created.

“A food strategy is of vital importance, but the Government has dithered, delayed and now failed to deliver.

“This is nothing more than a statement of vague intentions, not the concrete proposals to tackle the major issues facing our country. To call it a ‘food strategy’ is bordering on the preposterous.”

The draft white paper, published in full by The Guardian, said the Government accepted “much of the analysis” and “the majority of recommendations” from the Dimbleby review, with policy initiatives to boost health, sustainability, accessibility of diets and to secure food supply.

It said the food strategy focused on “longer-term measures to support a resilient, healthier, and more sustainable food system that is accessible to all, rather than duplicating work on the cost of living”.

The Government does appear to be moving forward with some of Mr Dimbleby’s proposals, including by consulting on mandatory food waste reporting for businesses of a certain size.

The paper also said ministers would “support progress on a wide range of issues, including alternative proteins”, after the review urged the Government to “nudge” consumers into changing their meat-eating habits.

The Department for Environment, Food and Rural Affairs said it did not comment on leaked documents, but a spokesperson added: “We will be setting out the contents of our ambitious new food strategy in due course.”