Lisa Nandy tweeted: “What an absolute shower. They tell us they’re levelling up the country but this is what they truly think. 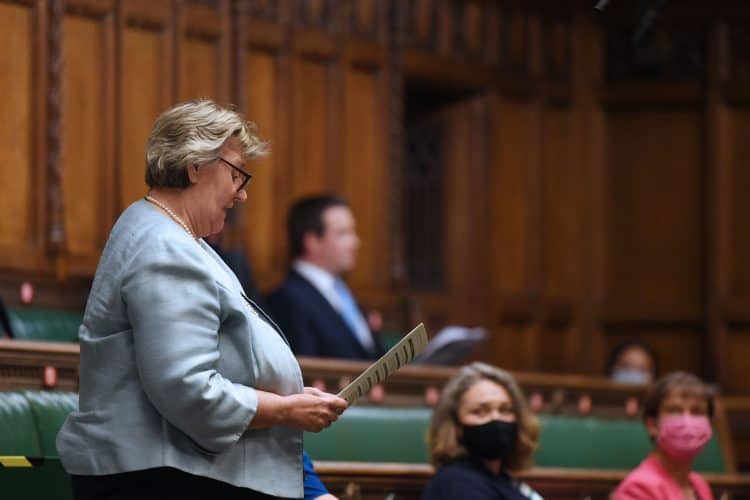 A Government minister has apologised for describing Birmingham and Blackpool are “godawful” places.

Heather Wheeler, the Tory MP for South Derbyshire, said she made an “inappropriate remark that does not reflect my actual view” at a conference on Thursday.

Her apology followed reports that she appeared to go off script at an event to launch the Government’s new digital strategy, saying: “I was just at a conference in Blackpool or Birmingham or somewhere godawful.”

She was speaking on the same day Prime Minister Boris Johnson delivered a major speech in Blackpool, as he sought to get his embattled premiership back on track.

Mr Johnson pledged a review of the mortgage market under plans to help renters onto the property ladder after surviving a bruising Tory revolt against his leadership.

Ms Wheeler, who is a parliamentary secretary in the Cabinet Office, appeared to own up to the comments on Friday, tweeting: “Whilst speaking at a conference on Thursday, I made an inappropriate remark that does not reflect my actual view. I apologise for any offence caused.”

The reports drew scorn from the opposition, with deputy Labour leader Angela Rayner saying: “It’s frankly embarrassing that she’s still in her position as a minister.”

Shadow levelling up secretary Lisa Nandy tweeted: “What an absolute shower. They tell us they’re levelling up the country but this is what they truly think. They can’t even tell the difference between ‘Blackpool or Birmingham or somewhere godawful’. Clueless and offensive.”

Asked for comment, the Cabinet Office pointed back to Ms Wheeler’s apology.