The court heard some £700,000 was paid into one branch in a single day, with the cash brought through a shopping centre in bin bags. 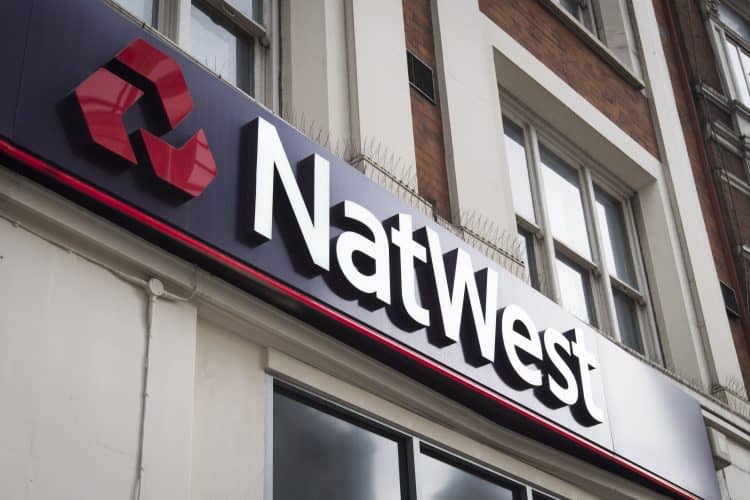 NatWest has been fined more than £264 million after admitting breaching anti-money laundering regulations.

Bradford jeweller Fowler Oldfield deposited £365 million with the bank over a five-year-period, including £264 million in cash, some of which was brought into a branch in bin bags.

NatWest, part of the Royal Bank of Scotland group, in October pleaded guilty to three offences under the Money Laundering Regulations 2007, between November 8 2012 and June 23 2016.

“Throughout the indictment period it is accepted NatWest sought to discharge its obligations under the regulations and that it failed to do so,” the judge said.

“It is not suggested there has been any deliberate flouting of the rules or any criminal intent.”

It is the first time a financial institution has faced criminal prosecution by the Financial Conduct Authority (FCA) under anti-money laundering laws in the UK.

The judge added: “Although in no way complicit in the money laundering which took place… without the bank’s failings the money could not have been laundered.”

Fowler Oldfield’s predicted annual turnover was £15 million when first taken on as a client by NatWest in 2011 but some £365 million was deposited over five years, including £264 million in cash.

The company, which was shut down following a police raid in 2016, was initially marked as “high risk” but downgraded in December 2013.

Prosecutor Clare Montgomery QC said the firm purported to be in the business of buying scrap gold which was assayed and sold to jewellers in bars or grain.

She said there “was a rapid escalation in the amount of cash” being deposited from November 2013, with figures reaching up to £1.8 million a day, and by 2014 Fowler Oldfield was the “single most lucrative” client in the Bradford region.

Around 50 branches across the country were used to make deposits, with Southall receiving £42 million in cash between January 2015 to March 2016 but no report was made that it was suspicious.

The court heard some £700,000 was paid into the Walsall branch in a single day, with the cash brought through a shopping centre in bin bags.

“Somebody was walking through the streets with the black bin liners of cash,” said Ms Montgomery.

The cash was too heavy for the bags and had to be repackaged in hessian sacks but there was so much it could not all be stored in the bank’s safes, she added.

NatWest’s Halifax branch received £750,000 in three days, while Piccadilly and New Bond Street, which had “several millions” in deposits, were concerned it was more cash than they could deal with.

Concerns were raised at a cash centre over the presence of Scottish notes, which the court heard smelled “musty” as if they had been “stored under the floorboards”.

An outgoing manager of another cash centre said the activity was “the most suspicious money laundering” he had ever seen but the financial crime manager took the view there were “macroeconomic reasons” for the spike in cash deposits.

The court heard NatWest recorded direct cash deposits as cheque deposits between 2008 and March 2017 on the bank’s automatic monitoring system, affecting around £165 million in payments from Fowler Oldfield.

The company was the subject of a total of 11 internal money laundering reports and 10 automated transaction monitoring alerts.

And a suspicious activity report (SAR) was made in relation to one of Fowler Oldfield’s customers, a company involved in hair extensions, which received £307,000 from the jewellers.

But Ms Montgomery said: “So far as each of those reports were concerned, none of them led to an SAR being filed.”

She said staff at the Borehamwood office, who dealt with the bulk of the reports, were more concerned with closing them within a 30-day timeframe than properly investigating.

The court heard NatWest has invested £700 million to tackle financial crime with another £1 billion earmarked over the next five years.

But Ms Montgomery said there are “still concerns on behalf of the FCA”, with the completion date for one programme pushed back from 2020 to 2023.

John Kelsey-Fry QC, defending, said “the bank realises the seriousness of any failure to successfully discharge” its obligations and expressed “deep regret” on behalf of the board.

“It did not escape the bank’s system, it did not go under the radar,” he said.

“It was identified and subjected to scrutiny.

“The quality or adequacy of that scrutiny is another matter.”

“We deeply regret that we failed to adequately monitor one of our customers between 2012 and 2016 for the purpose of preventing money laundering.

“While today’s hearing brings an end to this case, we will continue to invest significant resources in the ongoing fight against financial crime.”