“The collusive behaviour of the five banks undermined the integrity of the financial sector at the expense of the European economy and consumers.” 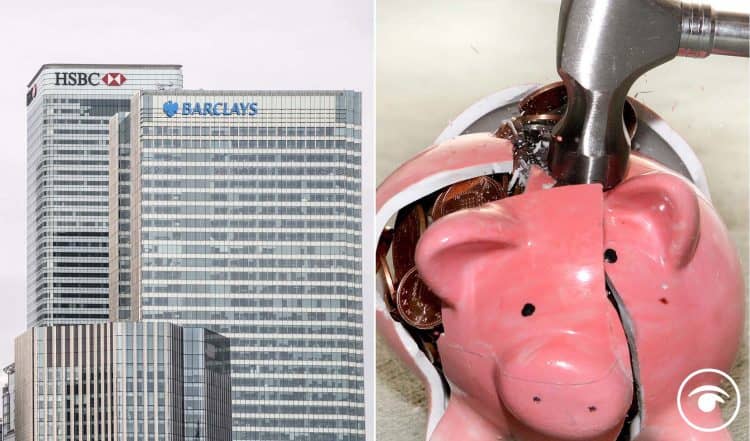 British banking giants HSBC, NatWest and Barclays are among four lenders that have been fined a combined 344 million euros (£293 million) by the European Union for rigging the foreign exchange spot trading market.

Crisis-hit Credit Suisse was also fined, with the second largest penalty of the four, at 83.3 million euros (£70.9 million).

A fifth bank – fellow Swiss lender UBS – was spared a 94 million euro (£80 million) fine because it blew the whistle on the cartel, according to the European Commission, the EU’s executive arm.

The commission said HSBC, Barclays and NatWest – which was called Royal Bank of Scotland at the time of the offences and until a rebrand last year – had their fines cut for cooperating with the investigation.

This enabled the traders to make informed market decisions on whether and when to sell or buy the currencies they had in their portfolios, rather than acting independently of each other and taking a risk in making these decisions, according to the commission.

Margrethe Vestager, the European Commission vice president, said: “The collusive behaviour of the five banks undermined the integrity of the financial sector at the expense of the European economy and consumers.”

The investigation focused on the trading of the G10 currencies – the most liquid and traded currencies worldwide.

The commission said the fines brought to a close its sixth cartel investigation in the financial sector since 2013.

Related: Reaction as EU poised to lock Britain out of its banking market