Reacting to the claims, one Twitter user said: “I can remember three holidays he's been on this year alone. 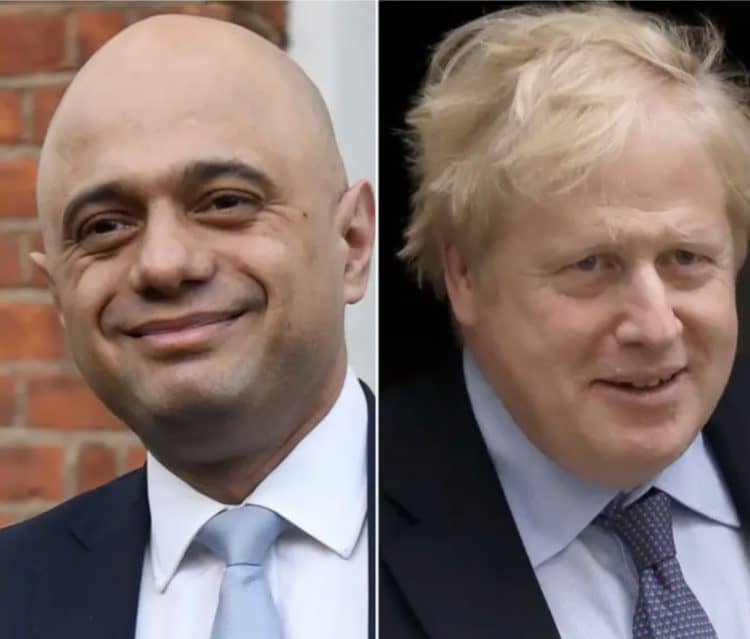 Sajid Javid has sparked a lot of hilarious responses after claiming prime minister Boris Johnson works “literally every minute of the day”.

The health secretary sucked up to his boss on BBC Radio 4’s Today programme, claiming Johnson “couldn’t be working harder” and doesn’t get “any time to rest”.

“I don’t think he gets any time to rest whatsoever, totally and utterly focussed on the nation’s challenges but especially I would say over the few weeks with the emergence of this variant thinking about everything we could possibly do to make sure that we stay ahead in the race against this virus.

“That’s what I see and that’s what I think the nation saw from the prime minister yesterday that he couldn’t be working harder to secure the future of this country.”

Reacting to the claims, one Twitter user said: “I can remember three holidays he’s been on this year alone.

“Honeymoon to Portugal with Carrie. Holiday in Spain in October and a week in Somerset, just as Afghanistan was being overrun by the Taliban.

“Seems like more holidays than the rest of us. I personally have had zero holidays.”

And Count Binface, the satirical political candidate created by British comedian Jon Harvey, asked: “What about his dinners at the Garrick Club with Charles Moore?” – before reminding people of Johnson’s “expensive holidays” and one of the latest scandals involving allegations that he hosted a Christmas quiz against Covid restrictions last December.

The Sunday Mirror has published a picture of the prime minister reportedly playing quiz master while flanked by colleagues, one of whom is draped in tinsel, in the No 10 library while London was in Tier 2 restrictions.

Tier 2 restrictions stated that there could be no mixing of households indoors, apart from support bubbles, and a maximum of six people outside.

The quiz is said to have taken place on December 15 – only three days before an alleged rule-breaking Christmas party in No 10, which is currently being investigated by the Cabinet Secretary, Simon Case.

Official guidance at the time of the quiz set out that there should not be work lunches or parties “where that is a primarily social activity” and was not exempted for “work purposes”.