"What an extraordinary way to manipulate quite a reasonable request. This society is nuts." 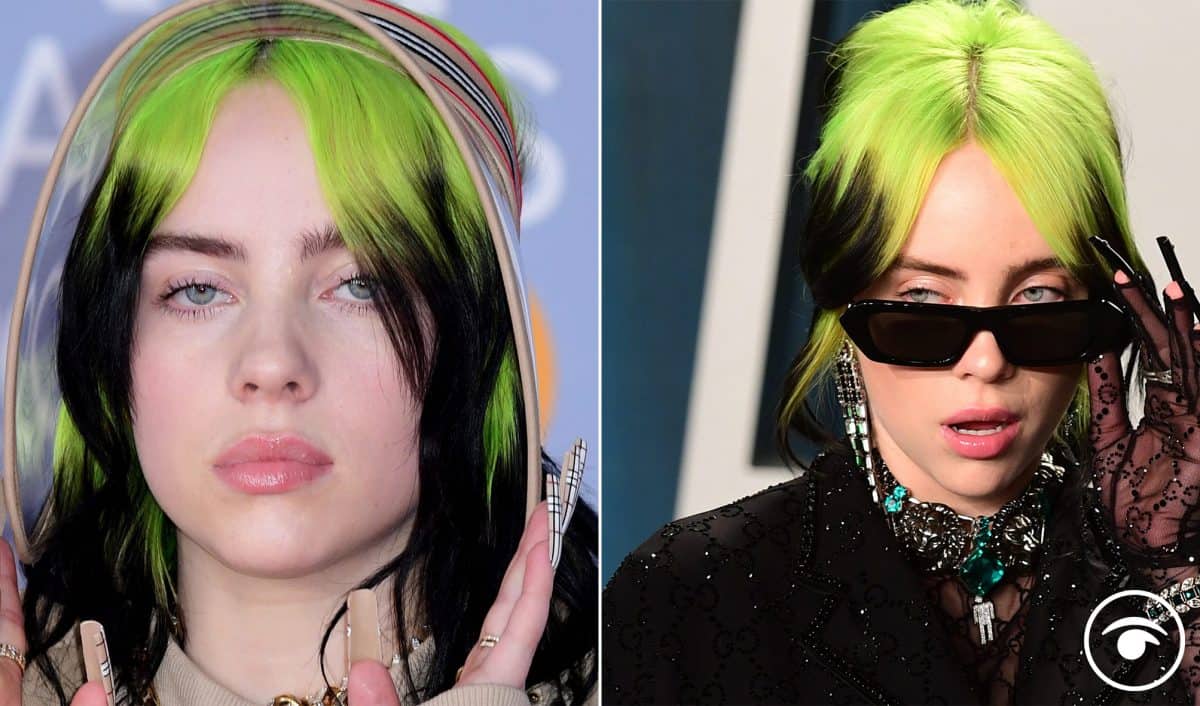 Pop sensation Billie Eilish has hit out at a Daily Mail headline accusing her of “selling out.”

Recently actor Jonah Hill posted a perfect response to a Daily Mail article as he hit out at body shamers.

The article was reflecting on her cover shoot with British Vogue, where she had a dramatic change in her style.

The introduction to the article reads: “Voice of a generation. Avatar of internet mega-fame. Icon of body positivity. A lot rests on Billie Eilish’s 19-year-old shoulders. The pop superstar speaks up about her latest transformation, new music and living life on her own terms.”

She chose to wear a corset, stockings, and a Burberry trench coat for the shoot, with her green-coloured hair replaced by a platinum blonde.

The singer posted an edited image of a Daily Mail headline that said: “Proof that money can make you change your values and ‘sell out’: Billie Eilish shocks fans by swapping baggy clothes for lingerie in Vogue — despite years of vowing to ‘hide her body.’”

The meme was created and shared by Emily Clarkson and it has since has gone viral on the internet, also being shared by Eilish herself.

The meme replaced the original headline with: “Proof that women can change their minds and reclaim autonomy over their own bodies. Billie Eilish shocks fans by swapping baggy clothes for lingerie inVogue— despite years of being an actual child.”

Ms Clarkson wrote on Instagram: “oop, fixed it for ya. Honestly, where do you start on this?? We collectively GASPED at the strength emanating from Billie in those vogue images. Full fu**ing POWER a woman standing up with total body autonomy and showing herself to the world in the way that SHE wanted to.”

“She hid her body for years because she didn’t want to be sexualised. She made this decision when she was a CHILD. Because she knew what grownups can be like. These decisions are ones we have all made – “school skirts mustn’t be too short or else they’ll distract the boys!!” She went to those lengths because she had to,” Ms Clarkson wrote.

“But this society – this perverted, fu**ed up place, couldn’t let that be and they hounded her until they got photos of her body which they published without her consent. Those photos BLEW UP! The news was everywhere. Woman has body!!! It was like she asked us not to sexualise her and they took it as a challenge.”

“and now she’s a legal adult and she’s made another decision because that is what grownups are allowed to do (!!!!) and all of a sudden she’s a hypocrite going back on herself (note use of the word VOW, implying she’s committing some mortal sin and letting her fans down). An EXTRAORDINARY accusation when you really think about the fact she is literally 19.

“I didn’t wanna be sexualised in my school uniform (it happened anyway) but because of that I’m not allowed to ever claim any autonomy over my own body or embrace any sort of femininity?? What an extraordinary way to manipulate quite a reasonable request. This society is nuts. Keep an eye on it x

“EDIT- the DM have subsequently changed the byline of this as Rianne and Laura were not the original authors.”

Jameela Jamil also slammed the headline and showed support for the singer after she tweeted: “You can’t sell out when you’ve already OUTSOLD the entire planet. She was an icon in her pyjamas and she’s simply STILL an icon now that she’s switched to lingerie.”

You can’t sell out when you’ve already OUTSOLD the entire planet. She was an icon in her pyjamas and she’s simply STILL an icon now that she’s switched to lingerie. pic.twitter.com/1pu8IMIAvV