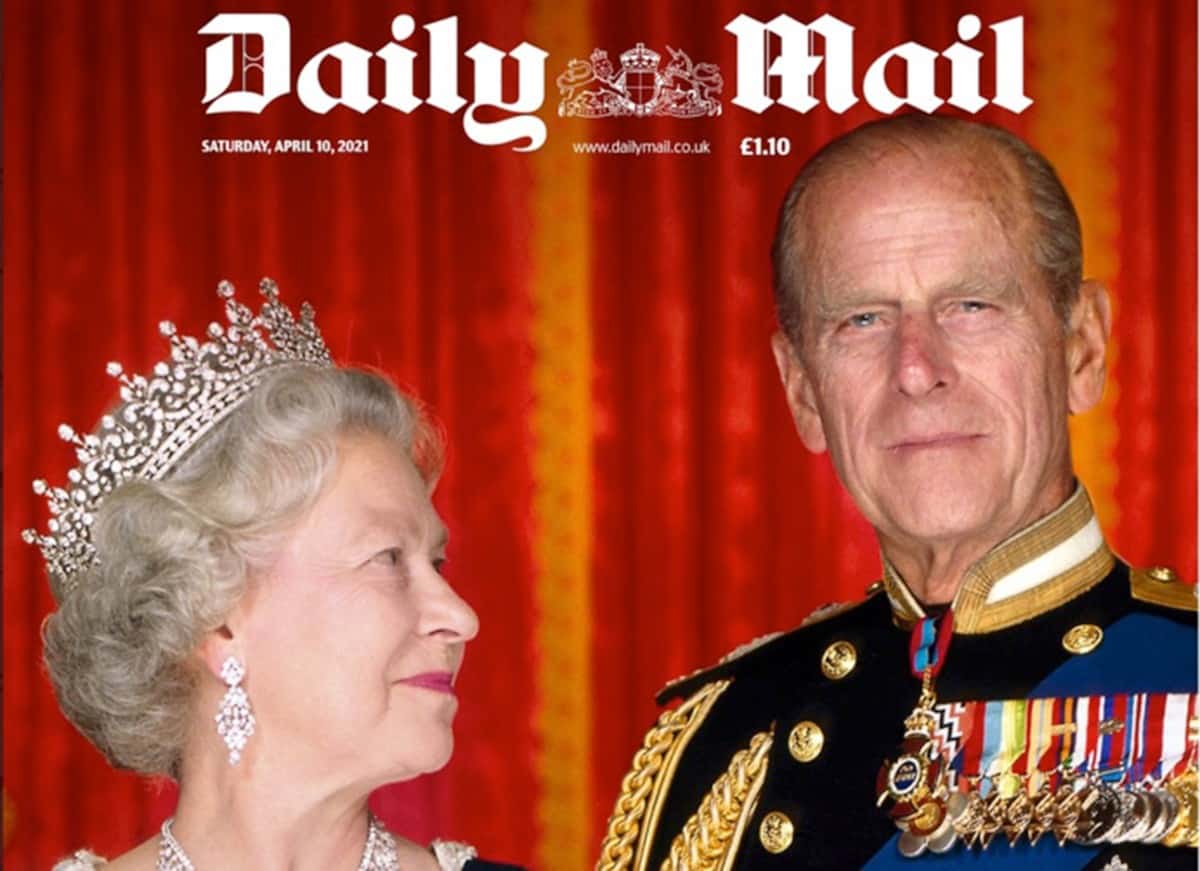 Today’s papers led with tributes to Prince Philip, who passed away yesterday aged 99.

The Queen announced the death “with great sorrow”, with many papers reflecting on the service Philip provided during his lifetime.

Under the headline “a life of service to Queen and country”, the Daily Telegraph’s leader column speaks of “someone who through his support for the Crown made a lasting contribution to the institution of monarchy and to the nation in his own right”.

It added: “The Duke was often caricatured by republican detractors as gaffe-prone and old-fashioned.

“But he was a man of his generation, a wartime one, indeed, that possessed many of the attributes he displayed – loyalty, courage, stoicism, reticence and discretion. These are virtues, not faults.”

While the Times carries a leader in which they speak of Philip as having “strong views, a quick wit and a sharp tongue”.

But the Mail, not one to be undone in the patriotism stakes, printed its longest ever newspaper with 144 pages rolling off printing presses this morning.

The Telegraph: “We’ve got a 12 page broadsheet special edition.”
The Sun: “We’ve got a 24 page supplement”.
The Mail: “Hold our beer…” https://t.co/AbfpmLqgnY

there are Booker Prize winners with fewer pages pic.twitter.com/k00BIOcR4D

The “excessive” tribute comes on the back of fierce reaction online to the possibility of Harry returning to the UK for his grandfather’s funeral.

Funeral arrangements for Philip, who died on Friday morning at the age of 99, have yet to be confirmed, but it is likely the Duke of Sussex will be among the small number of mourners.

It would be the first time Harry has joined the royal family since Megxit and also since his and Meghan’s bombshell interview with Oprah Winfrey in which they accused the royal family of racism and the institution failing to support a suicidal Meghan.

The two-hour interview was aired while Philip was in hospital after surgery on his heart.

The Queen issued a statement saying “while some recollections may vary”, the issues would be taken “very seriously”, but dealt with privately as a family.

Needless to say, Mail readers were not happy with the thought.

London-based Deana, pointing the finger at Harry’s wife, Meghan, said: “After what she just did to the Royal Family and how she tortured the poor man in the last months of his life? If she dares step foot in England, she should be run out with lit torches! That wicked actress shouldn’t be allowed near anything truly royal. Shame on her and Harry.”

While Mikie added: “She’ll probably manage to go into labour on the day of the funeral” to “be at the centre of attention”.

Mathilda surmised that their decision might be to do with money, saying: “There is nothing financially to gain for them, so, I doubt that they will be back.”

And Joshua continued: “The best thing that pair can do is to just, give it a rest. Let Prince Philip rest in peace, without making it all about how horrible, terrible, or awful their fairytale lives in tinseltown are.”