This is potentially the largest corporate scandal in history, but it hasn’t been widely reported This is a story of deception on an unimaginable scale, but the UK mainstream media has been strangely mute. This year average global temperatures continued to break records. Devastating flooding, mud slides and forest fires were seen throughout the world. […]

by Sarah Smith
in Environment, News 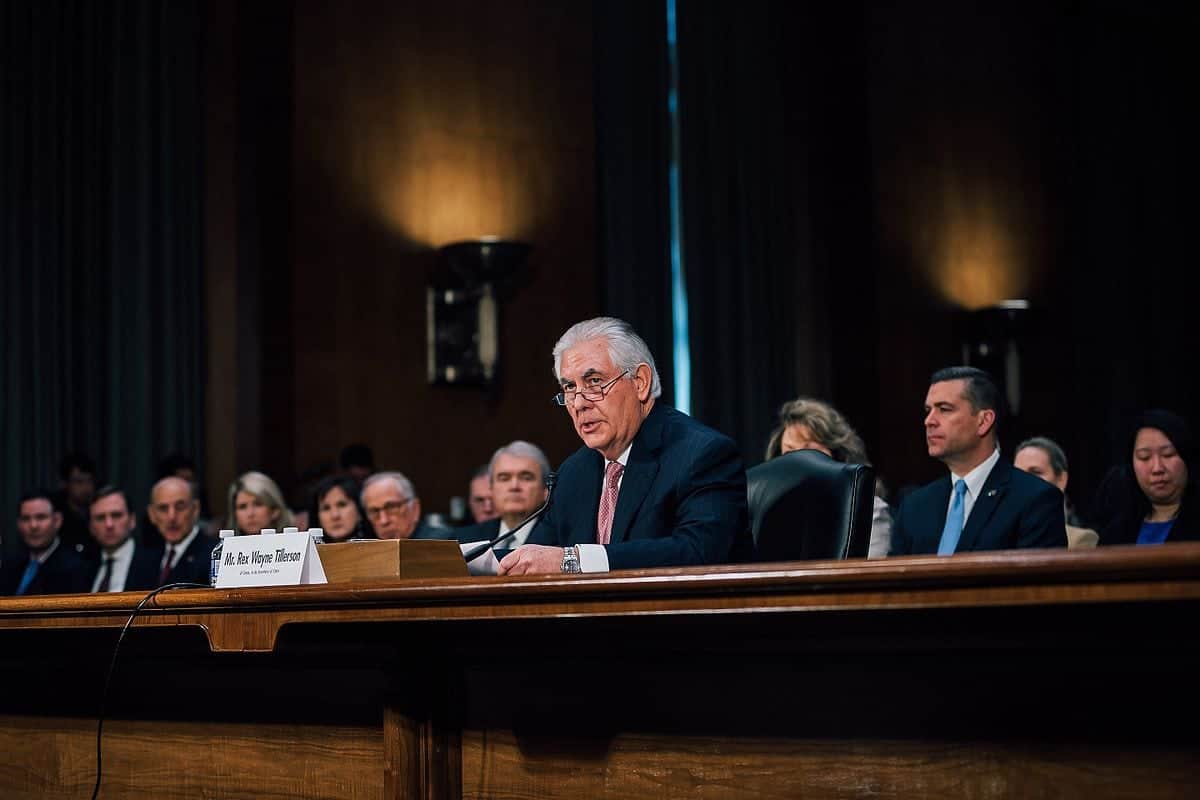 This is potentially the largest corporate scandal in history, but it hasn’t been widely reported

This is a story of deception on an unimaginable scale, but the UK mainstream media has been strangely mute.

In the last week alone, super hurricanes wiped out several Caribbean islands. We still don’t know the full extent of the damage or loss of life.

However, in the midst of the freak weather, last week a Harvard Study uncovered what, if proved correct, would be corporate deception on an unimaginable scale. The researchers claimed that ExxonMobil has ‘Misled’ public on Climate Change for 40 Years.

They found a “systematic, quantifiable discrepancy” between what the oil giant said about climate change in private versus what it told the public.

In the peer reviewed study, published in the journal Environmental Research Letters, Harvard researchers analysed hundreds of documents related to Exxon Mobil’s climate change communications. They found the company had continually made ‘explicit factual misrepresentations’ about global warming in advertisements aimed at the general public (many taken out in national newspaper advertorials), while simultaneously acknowledging its risks in private.

Study authors Naomi Oreskes and Geoffrey Supran wrote in the New York Times ‘Our findings are clear: Exxon Mobil misled the public about the state of climate science and its implications’.

‘Available documents show a systematic, quantifiable discrepancy between what Exxon Mobil’s scientists and executives discussed about climate change in private and in academic circles, and what it presented to the general public.’

ExxonMobil is the world’s largest oil company and the world’s seventh largest company by revenue. It was the second most profitable company in the Fortune 500 in 2014. It has a lot to lose if the public demands a more sustainable future.

If true, this would represent a corporate scandal on an immeasurable scale. The Tobacco health deception (and other scandals from the tobacco industry) would pale into insignificance in comparison to knowingly destroying the home of every living microbe for profit’s sake. Yet, the media is largely silent on the issue.

The research shows that during the last two and a half decades in particular, whilst ExxonMobil was internally collating evidence that ‘points towards a discernible human influence on global climate’, it was simultaneously taking out advertorials in national newspapers softening, misrepresenting, or questioning climate science.

These revelations represent exceptionally bad news for ExxonMobil, who this year filed a lawsuit desperately seeking to block climate change fraud investigations by the attorneys general of Massachusetts and New York.

Last year, shareholders filed a class-action lawsuit against the company, alleging it misled its investors by failing to disclose the risks posed by climate change.

According to the lawsuit filed in a Texas federal court, investors claim they’ve been paying inflated prices for Exxon stock because the company knew, at the time, the value of its oil reserves was less than it was reporting to investors [pledges made in the Paris climate agreement, which the US was tied to until 2022, would ultimately limit oil production].

The lawsuit states ‘Exxon has long understood the negative effects of climate change and global warming and their relation to the worldwide use of hydrocarbons…  Exxon understood and appreciated that it was highly likely that it would not be able to extract all of its hydrocarbon reserves and those assets were ‘stranded.’ Yet Exxon publicly represented that none of its assets were ‘stranded’ because the impacts of climate change, if any, were uncertain and far off in the future.’

Even in light of the shareholder action, ExxonMobil continues to support climate disinformation and oppose sensible climate and energy policies through its leadership in the American Legislative Exchange Council (ALEC), other lobbying groups, and trade associations like the American Petroleum Institute.

Despite the potential scale of allegations against ExxonMobil, the Federal Climate Investigation is in real danger of being taken into the long grass thanks to President Trump’s administration.

Last year the CEO of ExxonMobil, Rex Tillerson, was nominated as Secretary of State by President-elect Donald Trump, whilst Senator Jeff Sessions, Trump’s choice as attorney general, is a vocal opponent of investigating the oil giant for climate fraud. Several other top cabinet picks are cosy with, or heavily invested in the oil industry, making serious investigation into Exxon’s alleged climate deception likely to meet many obstacles.

The picture becomes even murkier when considering the alleged Russian influence on the US election. Together with the US, Russia is another non-OPEC nation dependent upon oil revenue for power and survival. Both have a vested interest in supporting the fossil fuel industry.

Trump’s withdrawal from the Paris Climate Agreement this year caused widespread condemnation, even, publicly, from ExxonMobil. Yet, with no Paris targets to meet, ExxonMobil’s alleged overstatement of oil reserve values no longer holds true, at least in the short term. Trump has handed ExxonMobil a get out of jail free card.

The appointment of so many oil friendly bodies within Trump’s administration points to the fact that the overwhelming majority of climate scientists, warning about the unfolding threats to our planet, face an uphill struggle to be heard.

ExxonMobil, like other major fossil fuel companies, maintains a business model that aggressively invests in future reserves and a heavy long-term reliance on fossil fuels. Even by its own projections, this will lead to continued high carbon emissions, driving increases in global average temperatures to increase 3-4 degrees Celsius this century, leading to catastrophic climate change.

It’s time for the shareholders and the public to step up, shake off the apathy and demand that Trump cannot change the agenda away from the future of our planet. Our home must take priority over profits going into the pockets of fossils. It is the responsibility of the media to lead the revolt and expose the misinformation for what it is – Oil PR.