“For Covid-19’s legacy to be a mass homelessness crisis would be unforgivable," Lord John Bird said. 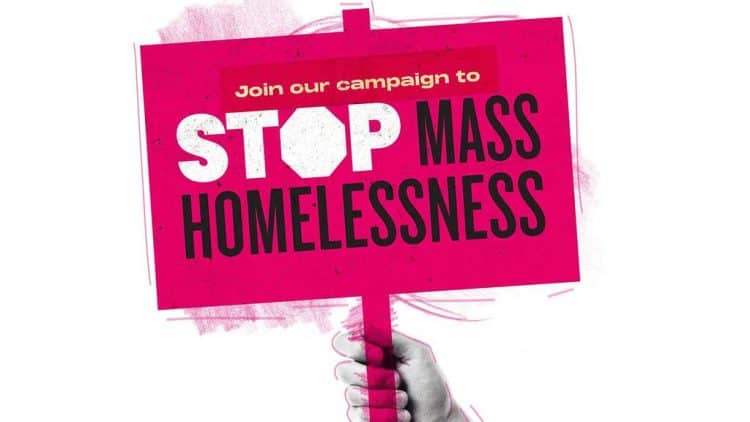 Failing to tackle the £360 million in rent arrears accrued during the pandemic could cost the Government over £2.6 billion because of the danger of “mass homelessness”, ministers are being warned.

The Big Issue said it costs the Government £9,266 for every person made homeless, whereas the price of preventing homelessness is £2,263.

Research from Citizens Advice showed that half a million renters went into arrears during the coronavirus crisis, while a study by the StepChange charity revealed that more than 200,000 people feared losing their homes, the Big Issue said.

The magazine has launched a Stop Mass Homelessness campaign, warning of a pending crisis amid rising energy prices and the impact of ending the £20 uplift in Universal Credit.

Keeping warn and putting food on the table

Many people are now faced with the choice between keeping warm and putting food on the table, said The Big Issue.

Lord John Bird, founder of The Big Issue, said: “The cost of mass homelessness is too much to pay both financially and societally.

“These figures are astonishing but go to show it is critical we act now to prevent this crisis. Not only can we save the Government and taxpayer over £2 billion, but we would also be preventing 225,000 people from potentially experiencing the awful mental and physical cost that homelessness brings with it.

Jon Sparkes, chief executive at the charity Crisis, said: “These figures must act as a wake-up call for the Government. Across the country, households continue to feel the financial pressures of the pandemic and are facing the very real possibility of losing their homes and being left with nowhere to go.

“While the £65 million package of support for renters announced in recent months is welcome, it falls well short of what is desperately needed to prevent further homelessness.

“If the Government is serious about rebuilding the country after the pandemic, a priority must be ensuring that people can remain in their homes, without fear of eviction.”

A Department for Levelling Up, Housing and Communities spokesperson said: “Our action since the start of the pandemic has helped keep people in their homes and we are building on this success by providing over £2 billion in the next three years – including over £800 million this year – to tackle rough sleeping and homelessness.

“Our multi-year funding delivers the certainty our local partners need, while also ensuring those at risk of homelessness can access support.

“We recently announced a support package worth £65 million, which will be given to councils in England to support people in rent arrears.

“We continue to support those most in need and are projected to spend almost £30 billion supporting people with their housing costs in 2021-22.”