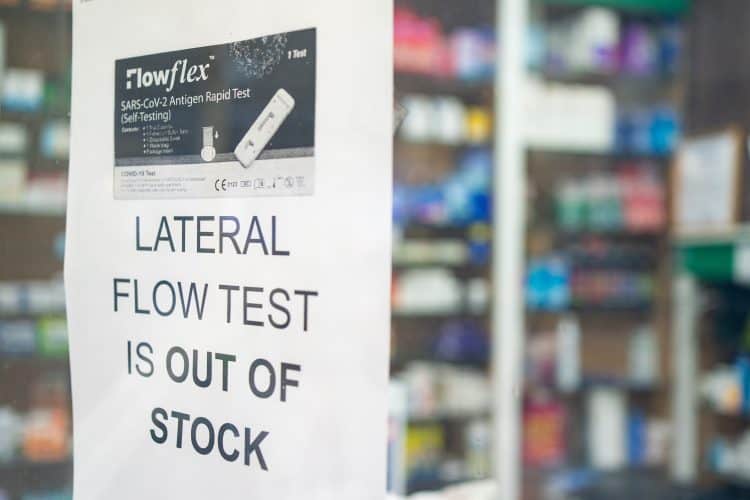 The Welsh Government has come to the aid of Westminster by loaning England four million lateral flow tests, as ministers scramble to secure supplies from around the world.

There has been a surge in demand for Covid-19 tests as people try to comply with advice to limit the spread of the Omicron variant by ensuring they do not have coronavirus before socialising.

But by 9am on Thursday, home delivery slots for lateral flow tests were unavailable on the Gov.uk website.

Shadow health secretary Wes Streeting called for NHS workers to be put “at the front of the queue” for tests.

In a tweet on Thursday evening, he said: “Shortages of tests and delays in getting results risks exacerbating the staffing pressures in the NHS and other critical national infrastructure.

“I’ve written to the Health Secretary urging him to make sure that they’re at the front of the queue.”

New NHS England figures show 11,452 people were in hospital in England with Covid-19 as of 8am on Thursday, up 61% from a week earlier and the highest number since February 26.

The data also shows there were 2,082 Covid-19 hospital admissions in England on Tuesday. This is up 90% week-on-week and is the highest number since February 3.

The Welsh Government has agreed to loan four million more tests to the NHS in England, bringing the total the country has given England to 10 million.