"Where are those nuclear codes? I know I left them round here somewhere..." 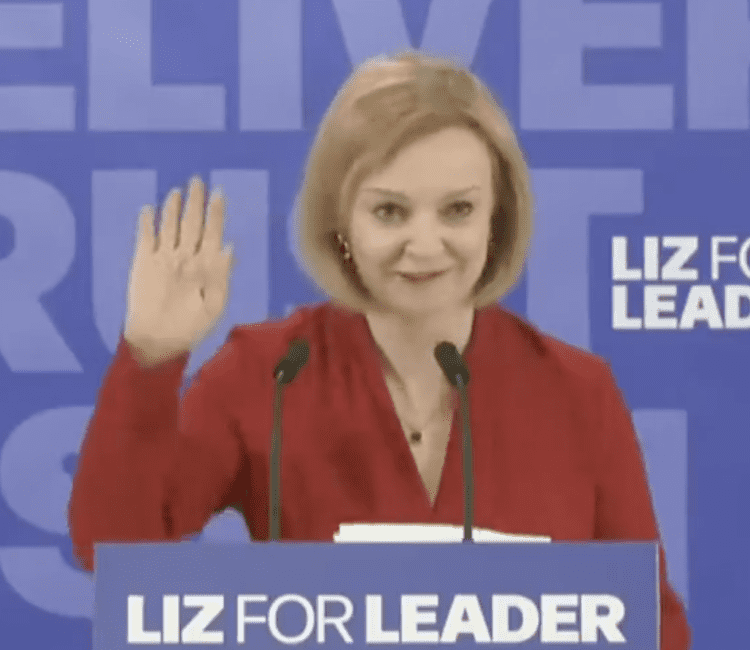 She vowed to “deliver, deliver, deliver from day one” if she wins the Tory leadership contest – even though she has held crucial Cabinet positions for the last eight years…

The Foreign Secretary is bidding to see off rival Penny Mordaunt, who is under fire from allies of Ms Truss after a surge of support for the trade minister.

Ms Mordaunt came second in the first round of voting on Wednesday, pushing Ms Truss into third place.

He told TalkTV: “I am quite surprised at where she is in this leadership race. She was my deputy – notionally, more than really – in the Brexit talks last year.

But it was an incident during her leadership announcement that got people talking, as she appeared to get lost after she gave the speech!

It was pretty cringe and it wasn’t missed on social media.

This is worth pondering over…