"And still arguing she was right. She's a female version of Boris," wrote one person as Mordaunt stands by her past claims about the EU. 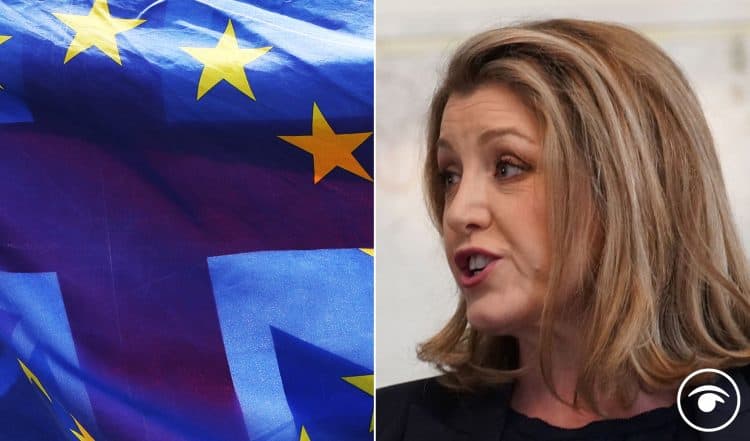 Former Brexit minister Lord Frost has launched a scathing attack on Tory leadership contender Penny Mordaunt, saying she was not up to the job when she was his deputy in talks with the EU.

It comes as a letter about Morduant’s Brexit claims has resurfaced online.

Lord Frost said she lacked a grasp of the detail, was unwilling to deliver tough messages to Brussels, and that he had to ask Boris Johnson to replace her.

He said he has “grave reservations” about whether Ms Mordaunt – who is currently the international trade minister – is now fit to be the next prime minister.

He told TalkTV: “I would not feel able to serve in a ministerial team under Penny Mordaunt. That’s how strongly I feel about that. I felt I had to make that clear today. MPs are voting today and I think they need to know the facts.

“The party has made wrong choices in recent years and I want to make sure we make the right one this time, so I had to make my views clear.”

So what are Penny’s views on Brexit?

Well, a letter dug out by Best for Britain might be an eye-opener.

A former EU diplomat Micheal Lake wrote in the Guardian that she made claims about Turkey joining the EU.

She ahs just told LBC she “stands by” her claim in 2016 referendum that UK couldn’t block Turkey from joining the EU.

BBC Politics tweeted: ‘That claim wasn’t true – the UK did have a veto on this – as #BBCRealityCheck pointed out at the time.’