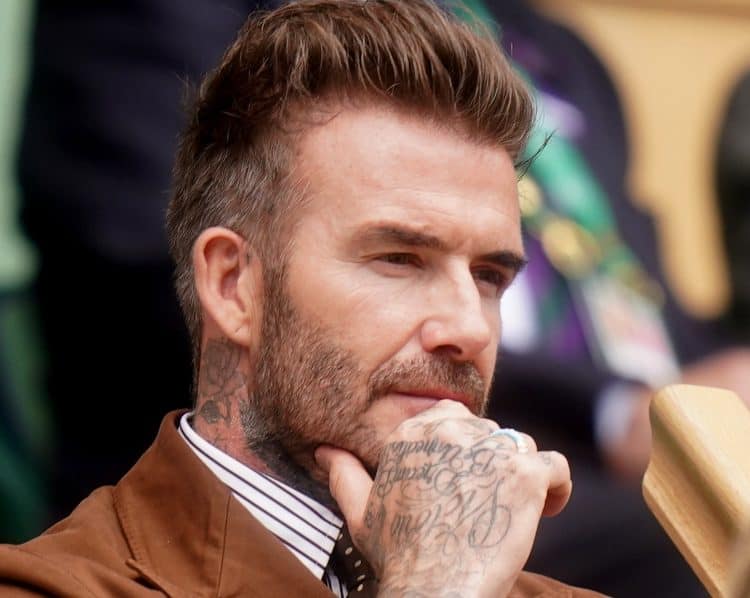 David Beckham is a sporting and global icon.

Ahead of the controversial World Cup in Qatar this winter, he has starred in a marketing campaign for the country.

However, measures to ensure the safety of LGBTIQ+ people in Qatar remain inadequate with less than eight months to go to the World Cup, groups supporting the community said in March.

Same-sex relationships are directly criminalised under the laws of the Gulf state, leading to concerns over the well-being of LGBTQI+ people visiting the country for the tournament and those from that community who reside there.

An international grouping of 16 organisations focused on LGBTQI+ rights has issued eight action points to tournament organisers FIFA and the local organising committee.

“Further meetings are planned with both FIFA and the Supreme Committee in the coming weeks where it is hoped progress can be made.”

Qatar has also deported migrant workers who protested about unpaid wages, as the country prepares for the football World Cup in November, the BBC reports.

At least 60 workers rallied outside Al Bandary International Group’s Doha offices on 14 August – some reportedly had not been paid for seven months.

Since Qatar was awarded the World Cup in 2010 – sparking a wave of construction of stadiums and infrastructure across the country – its treatment of migrant workers has been questioned.

For someone who posted the Rainbow flag on Instagram, this feels like he has sold out to some people:

Related: Rainbow flags ‘may be taken off World Cup fans in Qatar for their own safety’