British policing has 'lost its way' as public fears officers are too 'woke', report finds, as Patel demands they focus on arrests. 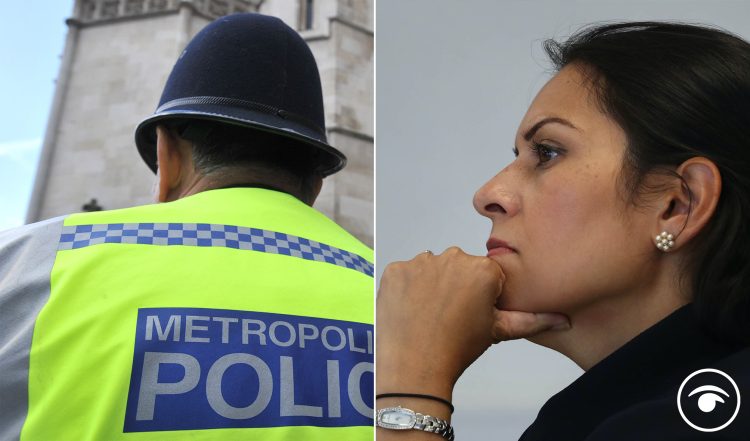 Last week the Telegraph reported that officers are being told to focus on the basics of policing by Home Secretary Priti Patel, after a report by the Policy Exchange think-tank warning that the public feel police are being distracted by “woke” causes.

“That’s what I want the police to do, that’s what (Home Secretary) Priti (Patel) wants them to do. I thank them for what they are doing. They do an absolutely fantastic job.”

However, in his report for the right-wing Policy Exchange think tank, David Spencer, a former Metropolitan Police detective chief inspector said officers should avoid behaviours such as “taking the knee” which can “easily be interpreted by others as an expression of a partisan political view”.

Spencer also said the College of Policing, the professional body for policing in England and Wales, has become “synonymous to many within policing with a reduction in standards alongside a perceived lack of real-world relevance to the prevention of crime and disorder”.

It comes as the experience of new police recruits as part of the Government’s bid to hire 20,000 more officers is “less positive” for those from ethnic minority backgrounds, a survey suggests.

The findings from the Home Office research raises “challenges for policing”, according to a report published on Wednesday which also warned how some trainees said tension and stress from their job is adversely affecting the rest of their life.

Some 10,206 new police officers from all 43 forces were invited to take part in the Police Uplift programme survey online between March and April last year and 34% (3,462) responded.

The results show 91% of respondents who were white were satisfied with the role as a police officer, compared to 85% of those from a black, Asian, mixed or other ethnic minority background.

The Government says more than 13,790 extra police officers have been hired across England and Wales as part of Mr Johnson’s pledge to put 20,000 additional officers on the streets.

The recruitment drive came after police officer numbers in England and Wales fell by more than 20,000 between 2009 and 2018, with Conservative-led governments in power from May 2010.

James O’Brien wasn’t having any of the findings from Spencer’s report Policy Exchange think tank.

He wrote: “Client journalists, secretly-funded ‘think tanks’ & daft politicians who cheered massive cuts to the police are now trying to blame crime figures on the odd copper taking the knee or wearing a badge. That they will probably succeed is a mark of how corrupt our media ecosystem is.”

Related: Liz Truss reveals she will use the City to drive economic growth – leaving one music legend unconvinced