"Did your inner thoughts come out on national TV to millions, Ben Shephard?" 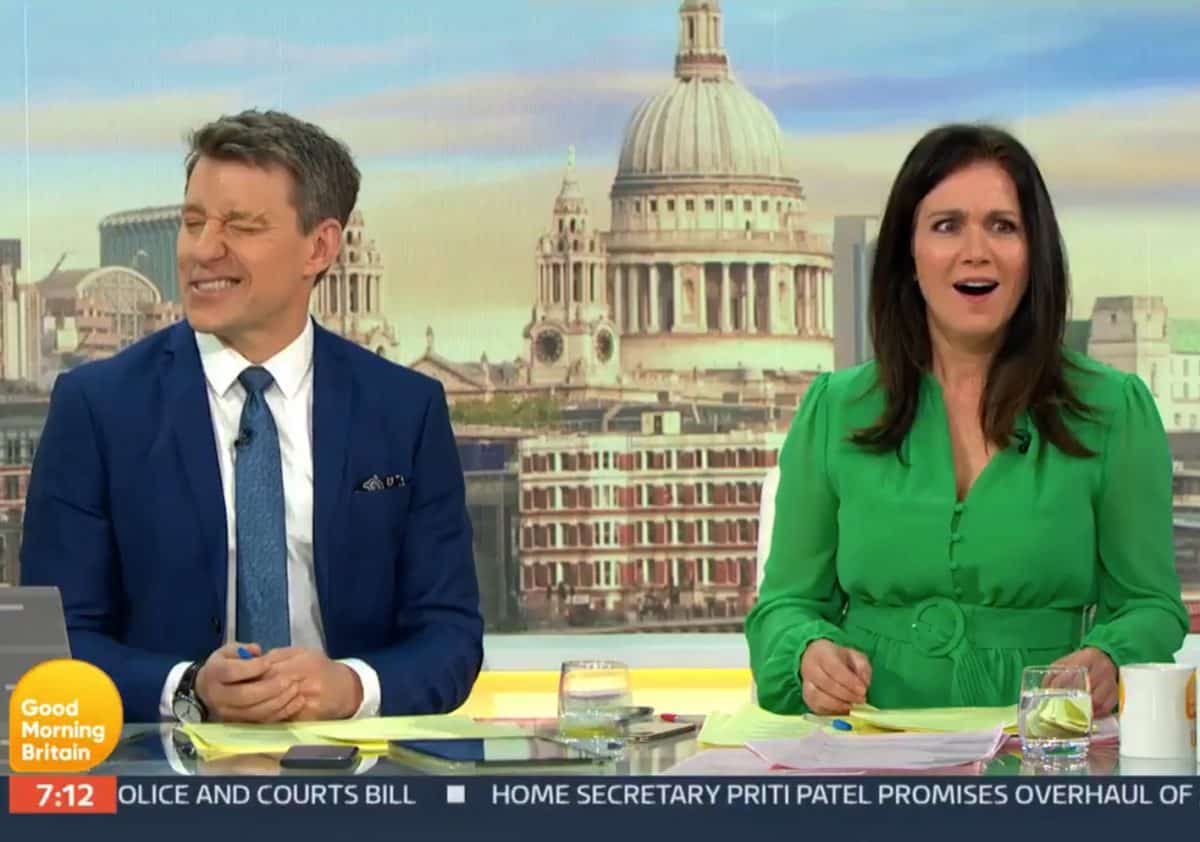 Ben Shephard was left red-faced during Wednesday’s Good Morning Britain after he “nipples” instead of “nostrils” when talking about Susanna Reid’s dress.

The presenter, standing in for the estranged Piers Morgan, was pulling a prank on his co-host after she wore a green dress to the show.

As a joke he had producers project a montage of his face onto the outfit, but it soon backfired after he accidentally said the word “nipples” instead of “nostrils” when discussing pictures of his face.

Dr Hilary quickly chimed in, saying it was just “surface anatomy revision”, while Susanna questioned: “Did your inner thoughts come out on national TV to millions, Ben Shephard?”

'Did your inner thoughts come out on national television in front of millions?'

It all started off so well…And then it took a turn….??@benshephard | @susannareid100 | @ranvir01 | @DrHilaryJones pic.twitter.com/sXu2N525Ez

The questions you need to be asking at a job interview