Sarah Woolnough said the proposed takeover would see “a company that has profited from the devastation smoking causes to make even more money by providing treatments for the illnesses they have caused”. 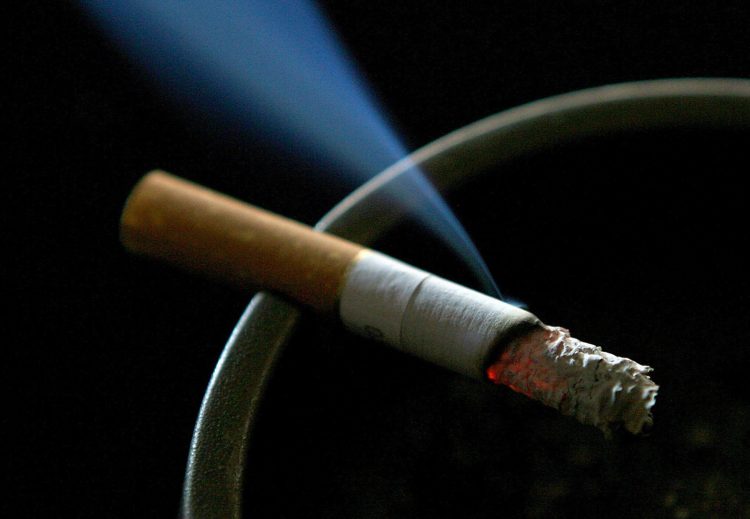 The board of inhaler maker Vectura intends to unanimously recommend shareholders vote through a £1.1 billion takeover by cigarette maker Philip Morris.

Bosses at the pharmaceuticals business, which aims to help patients with lung diseases, said the bid by the company behind Marlboro cigarettes was “fair and reasonable”.

A rival bid of £958 million by private equity house Carlyle alongside heavy lobbying by health campaigners has now been rejected but the company said it appreciated the firm’s interest.

The bidding war ended on Thursday at 5pm as a deadline passed for Philip Morris (PMI) to increase its offer of 165p a share in Vectura, after Carlyle said on Tuesday its own 155p-a-share offer was final.

Following the lack of further bids, the drug firm’s board said in a statement they “appreciate Carlyle’s interest in Vectura over this lengthy process and their support for Vectura’s strategy to become one of the market leading CDMOs (contract development and manufacturing company) in the inhalation segment.

“The Vectura directors also note that wider stakeholders could benefit from PMI’s significant financial resources and its intentions to increase research and development investment and to operate Vectura as an autonomous business unit that will form the backbone of its inhaled therapeutics business.

“Accordingly, following careful consideration of these factors and their fiduciary duties, the Vectura directors intend to unanimously recommend the PMI offer to Vectura shareholders.”

The takeover process started in May when Carlyle approached the FTSE 250-listed firm with the 136p-a-share deal.

The bid immediately gained the backing of Vectura’s board, which said that the price would give cash to shareholders today for advances the company would have made in the future.

But last month, Vectura’s directors switched their allegiance to PMI, which muscled into Carlyle’s bid with an offer of its own, in a move that raised eyebrows from doctors and politicians.

On Thursday but before the announcement by the company, the chief executive of Asthma UK and the British Lung Foundation called the move by PMI “unacceptable”.

Sarah Woolnough said the proposed takeover would see “a company that has profited from the devastation smoking causes to make even more money by providing treatments for the illnesses they have caused”.

It said: “The announcement that Philip Morris International (PMI) wants to acquire an inhaled medicine company is the latest reprehensible choice from a company that has profited from addicting users to its deadly products.

“We are deeply concerned that PMI will use the inhalation services technologies developed by Vectura to make their tobacco products more addictive.

“We are also deeply troubled that this company could further profit from the disease their products have caused by now selling therapies to the same people who were sickened by smoking PMI cigarettes.”

They called on the UK Government to stop the sale, adding their voices to similar demands from the Labour Party.

For Philip Morris the acquisition represents a way to move beyond nicotine. Non-tobacco products are making up an increasingly large part of the business’s portfolio.

So when Carlyle returned with a new bid for Vectura last week, which was backed by Vectura’s board, Philip Morris was quick to up its own offer over the weekend.

Shadow health secretary Jonathan Ashworth said: “Philip Morris’s attempted takeover of a key player in lung health products beggars belief. It is bitterly disappointing that Vectura have so far failed to exercise duty of care to patients and scientists and reject this takeover by big tobacco.

“This is now a test for Sajid Javid. When we know smoking causes so much serious illness and premature death, it’s time this Government takes the right course, stands up to this tobacco giant and blocks this takeover.”