The BBC has labelled the reported expulsion of their correspondent from Moscow as “a direct assault on media freedom”. 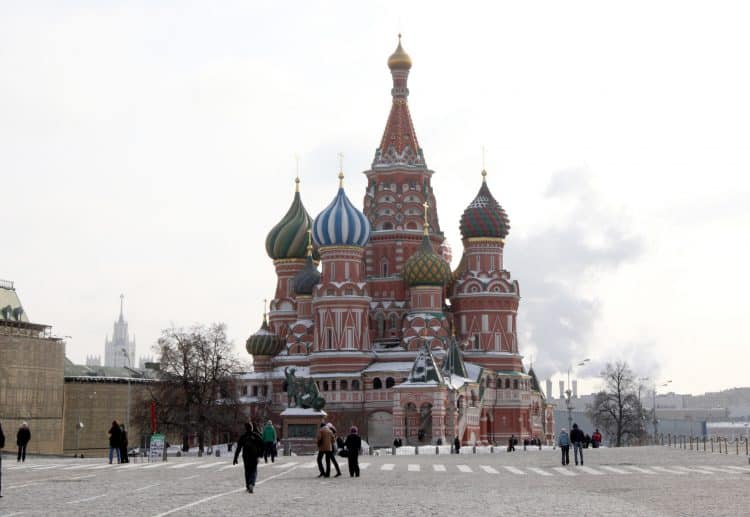 A BBC journalist who is being expelled from Russia has spoken of her devastation after being told she can never return to the country.

Moscow correspondent Sarah Rainsford was told by the Russian authorities that her visa would not be renewed and that she must leave before it expires at the end of the month.

The BBC has labelled the reported expulsion of their correspondent from Moscow as “a direct assault on media freedom”.

State broadcaster Russia 24 had reported that BBC Moscow correspondent Sarah Rainsford will have to leave the country before the end of the month when her visa expires.

It said the decision not to extend her visa was in retaliation for a refusal to grant or extend the visas of Russian journalists in the UK.

“I am being expelled and I have been told that I can’t come back – ever,” she told the BBC Radio 4 Today programme.

Ms Rainsford, who first went to the country as a student in the 1990s, said she had spent almost a third of her life living there.

“To be honest, it’s devastating personally but it is also shocking.

“Russia has never been a posting for me, it is not just any old place, it is a country that I have devoted a huge amount of my life to trying to understand.”

The BBC has denounced the decision by the Russian authorities not to extend her visa as “a direct assault on media freedom”.

Officially the Russians have linked the decision to difficulties Russian journalists have had in obtaining or extending visas from the UK.

Ms Rainsford said she hold also been told that it was connected to sanctions imposed by the UK on Russian nationals for corruption and for human rights violations in Chechnya.

Turning in on itself

However, she said she believed that it was another sign of the way the country was increasingly turning in on itself.

“There were clear signs for Russian media, there have been really serious problems in recent days and weeks for Russian independent journalists,” she said.

“But until now, for the foreign press, we’d kind of been excluded from that, somehow shielded from all of that, but this is I think a clear sign that things have changed.

“It is another really bad sign about the state of affairs in Russia and another downward turn in the relationship between Russia and the world and a sign that Russia is increasingly closing in on itself.”

She said it appeared that the Russians preferred not to allow foreign journalists, like her, who could speak the language and communicate directly with people in the country.

“It is much easier to have fewer people here who understand and can talk directly to people and hear directly people’s stories and to relate them,” she said.

“It is much easier to have people who perhaps don’t speak the language, don’t know the country so deeply.

“I just think it is indicative of a really increasingly difficult and repressive environment.”