The UK Health Security Agency is investigating the extent of community transmission. 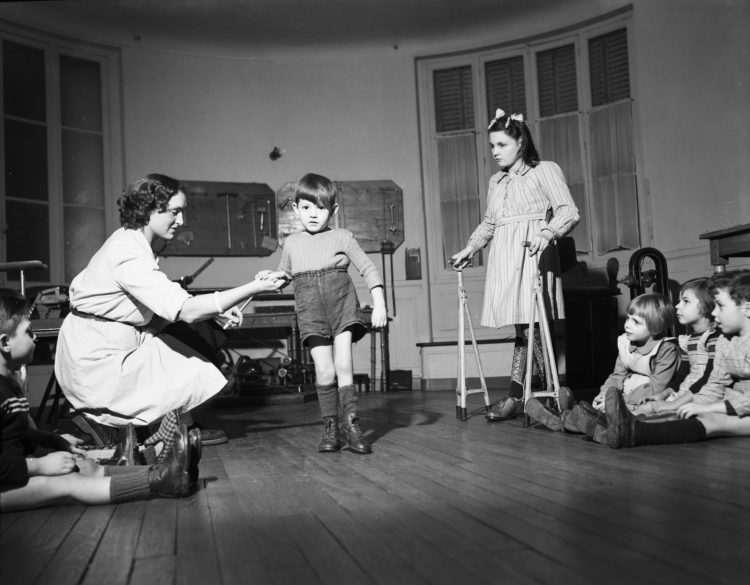 People are being urged to ensure their polio vaccines are up to date after an outbreak of the virus was detected in UK sewage samples.

Polio, which was officially eradicated in the UK in 2003, can cause paralysis in rare cases and can be life-threatening.

While it is normal for the virus to be picked up as isolated cases and not detected again, experts have raised the alarm after several genetically-linked viruses were found in samples between February and May.

Previously, the virus has been picked up when a person vaccinated overseas with the live oral polio vaccine (OPV) returned or travelled to the UK and briefly shed traces of the vaccine-like poliovirus in their faeces.

However, the virus in the recent samples has evolved in England and is now classified as a ‘vaccine-derived’ poliovirus type 2 (VDPV2).

VDPV is a strain of the weakened poliovirus, that was initially included in the oral polio vaccine, which has changed over time and behaves more like the “wild” or naturally-occurring virus.

This means it can be spread more easily to people who are unvaccinated and who come into contact with the faeces or coughs and sneezes of an infected person.

The UKHSA is working on the theory that a person vaccinated abroad with the polio vaccine – possibly in Afghanistan, Pakistan or Nigeria – entered the UK early in 2022 and was shedding the virus.

That person has has now passed it onto other, closely linked individuals in north-east London, who in turn are shedding the virus into their faeces.

Experts are looking at the possibility that just one family or extended family may be affected, though it is unclear how many people need to be infected for polio to be detected in sewage samples.

The UKHSA stressed that the virus has only been detected in sewage samples and no cases of paralysis have been reported.

It is now investigating the extent of community transmission and has established a “national incident” to check for cases elsewhere as a precaution.

All of these vaccines need to have been given for a person to be fully vaccinated, though babies who have had two or three doses will have substantial protection.

Latest figures show that by the age of two in the UK, almost 95% of children have had the correct number of doses. However, this drops to just under 90% in London.

When it comes to the pre-school booster, just 71% of children in London have had it by the age of five.

Dr Vanessa Saliba, consultant epidemiologist at UKHSA, said: “Vaccine-derived poliovirus is rare and the risk to the public overall is extremely low.

“Vaccine-derived poliovirus has the potential to spread, particularly in communities where vaccine uptake is lower.

“On rare occasions it can cause paralysis in people who are not fully vaccinated so if you or your child are not up to date with your polio vaccinations it’s important you contact your GP to catch up or, if unsure, check your red book.

“Most of the UK population will be protected from vaccination in childhood, but in some communities with low vaccine coverage, individuals may remain at risk.

“We are urgently investigating to better understand the extent of this transmission and the NHS has been asked to swiftly report any suspected cases to the UKHSA, though no cases have been reported or confirmed so far.”

Most people who get polio do not have symptoms but some suffer mild, flu-like issues such as a high temperature, extreme tiredness, headaches, vomiting, a stiff neck and muscle pain.

In one in 100 to one in 1,000 infections, the polio virus attacks the nerves in the spine and base of the brain.

This can cause paralysis, usually in the legs, that develops over hours or days.

If the breathing muscles are affected, polio can be life-threatening.

Medics have now been alerted by UKHSA to look out for signs of polio paralysis.

Urgent medical attention should be sought if people experience rapid onset of weakness in a limb, which will be floppy, or difficulties with breathing.

The last case of natural polio infection acquired in the UK was in 1984.