Astronomy boffins have come up with a new modern day series of star constellations – which include famous names like Usain Bolt, Tim Peake and Sir David Attenborough. University of Birmingham scientists created the star-studded designs in a bid to get younger people more interested in the cosmos. In one of the constellations, Harry Potter’s […] 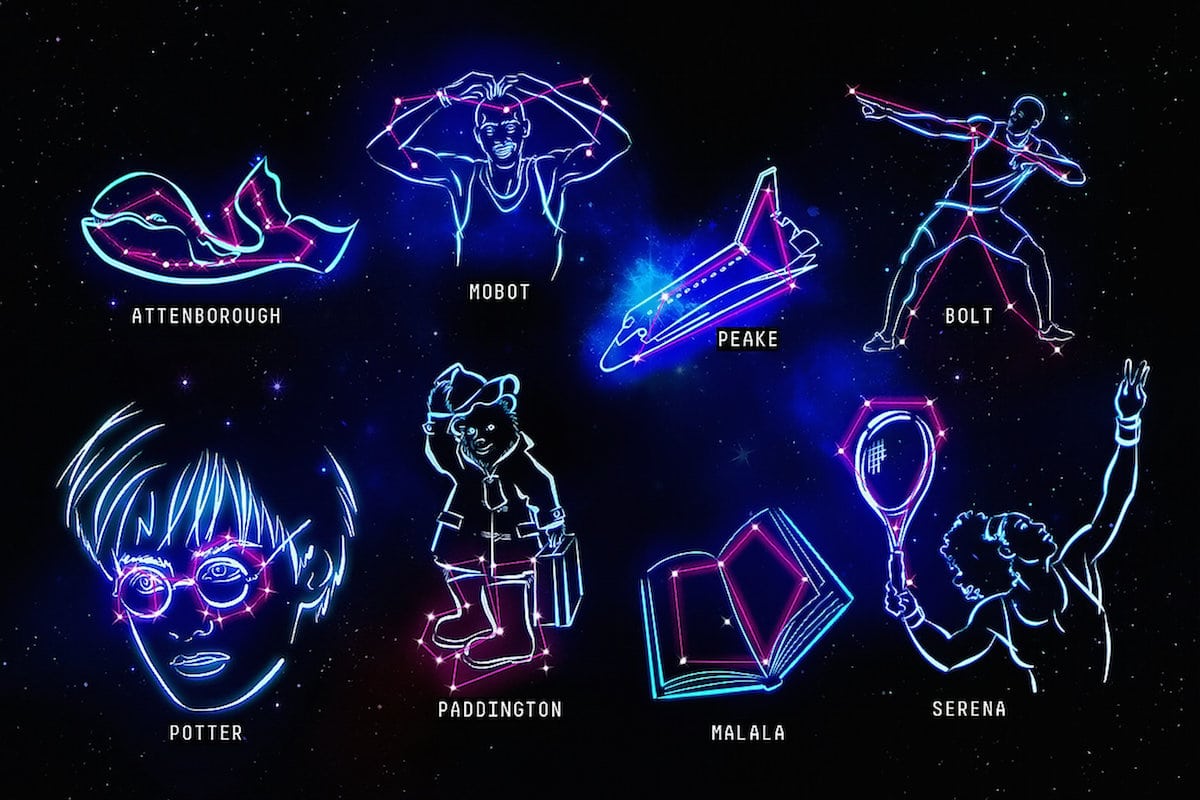 Astronomy boffins have come up with a new modern day series of star constellations – which include famous names like Usain Bolt, Tim Peake and Sir David Attenborough.

University of Birmingham scientists created the star-studded designs in a bid to get younger people more interested in the cosmos.

In one of the constellations, Harry Potter’s glasses light up the night sky as a tribute to the famous author JK Rowling.

Meanwhile, TV presenter David Attenborough is represented by a constellation in the shape of a blue whale, a spaceship represents space-traveller Tim Peake, and a tennis racket stands for Serena Williams.

The constellations, which represent eight celebrities, were created by experts from the University of Birmingham’s Astronomy Society as part of the ‘Look Up To Stars’ project.

They come after research from The Big Bang Fair – a celebration of science, technology, engineering and maths for young people in the UK – revealed classical creations based on the zodiac and ancient mythological figures aren’t attracting children to the night sky.

The study also found that 72 per cent of seven to 19-year-olds polled have never attempted to find a constellation.

Meanwhile, 29 per cent claimed they would not recognise a single classical constellation by name if showed to them.

Emma Willett, who led the University of Birmingham research team, said: “It was an honour to work alongside The Big Bang Fair to develop a new set of constellations for the modern day to encourage children today to look up to the stars.

“We really hope these new creations will help people of all ages develop their interest in space and astronomy, working to inspire the next generation of astronomers to take an interest in the field.”

Beth Elgood, Director of Communications at EngineeringUK, who organise The Big Bang Fair, said: “Stargazing is a great way to spark young people’s interest in the universe and inspire them to find out more.

“Inspiration is at the heart of The Big Bang Fair, where young visitors, their teachers and parents have the chance to get hands-on with engaging STEM activities, workshops and shows and discover where science and maths could take them in the future.”

LIST OF CONSTELLATIONS/ DIRECTION TO LOOK/ TIME OF YEAR MOST VISIBLE