By Michael McNulty Put down the red carpet and welcome onto the world stage, Afghanistan’s man of the hour, or so he’d have you believe.  Sitting at the centre of Sonia Kronlund’s charming documentary, The Prince of Nothingwood, is Salim Shaheen, the corpulent, larger than life writer, director, actor and all round star, the kind […] 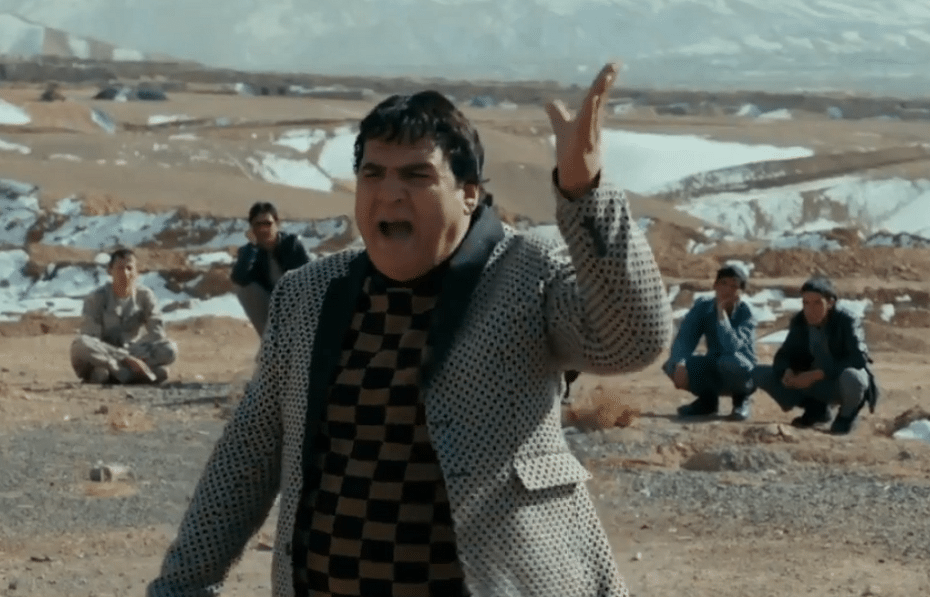 Put down the red carpet and welcome onto the world stage, Afghanistan’s man of the hour, or so he’d have you believe.  Sitting at the centre of Sonia Kronlund’s charming documentary, The Prince of Nothingwood, is Salim Shaheen, the corpulent, larger than life writer, director, actor and all round star, the kind of man who, if allowed the opportunity, would take centre stage in the life of the person standing next to him.

Roger Corman meets Ed Wood with a smattering of Samuel Fuller sprinkled on top, with 110 films to his name, Shaheen is Afghanistan’s singular, unrivalled auteur.  Kronlund pinpoints, with sharpshooter like accuracy, Shaheen’s unbridled enthusiasm for the cinematic form.  Sure, his films may be lacking, they are schlocky B-movies that blend his love for Bollywood with fantastically embellished aspects of his life (when we join Sonia and Salim, the director is in the central province of Bamyan filming two semi-autobiographical features concurrently).  But, Salim is, without doubt, a great orator, storyteller and mythologiser, with an ability to spin narratives that have captured the hearts, minds and imaginations of an entire nation and there is something magic in that.

It’s not all fun and games and Kronlund’s weaves in the tumult of a nation that has been plagued by decades of conflict.  Nothingwood, gently pokes fun at the lack of money, resources and equipment available in the Afghan film industry, but also points to the dogged persistence of a filmmaker who even with nothing is willing to sacrifice life and limb, quite literally (they once filmed through a rocket attack), for the sake of his art.

There will be some who may choose to recognize Kronlund’s film as slight, skirting around some of the more pressing issues the documentary brushes shoulders with.  But, it is filmmaking of a clever calibre and the fly on the wall approach is effectively employed, bringing to light, with a cheerful nuance, some of the most interesting and complex aspects of Afghanistan’s history and culture.

Qurban Ali, one of Shaheen’s core performers with an effeminate slant and who welcomes the opportunity to cross dress to play the roles that cannot be filled by women, is of particular interest.  Married and with four children, he laughs, revealingly too hard, when explaining that he has one wife and that’s more than enough.  The actor has found in film and his craft a socially acceptable way in which to express his undeclared homosexuality.

Sonia’s approach to the documentary and her handling of Shaheen creates a dynamic that adds a sense of perspective to the film.  Wrapped in her oversized winter coat, she stands a meagre figure in comparison to Salim’s boisterous, rampant energy, fulfilling a role that only serves to emphasise the man’s larger than life personality.  It works to wonderful effect and in involving herself almost as a character in the “Shaheen show” that Salim has understood the documentary to be, allows Sonia and us, front row seats into the mind state of her subject and it’s fascinating.