'Raab Syndrome: when you incorrectly assume that your own staggering ignorance is typical,' said one social media user. 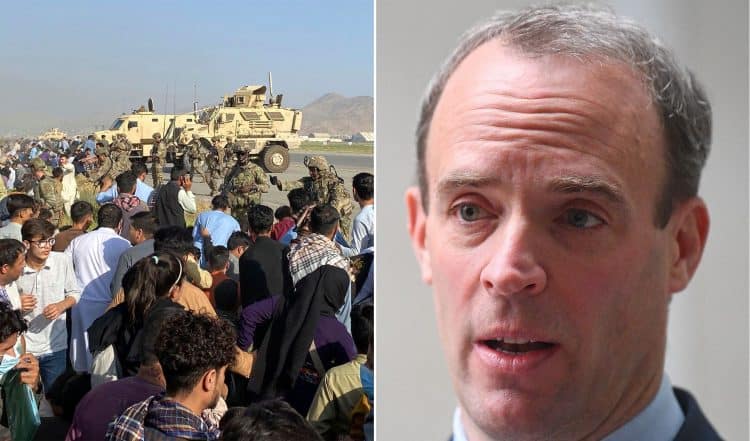 Dominic Raab made an extraordinary claim about the consequence of the UK and the US creating a power vacuum in Afghanistan.

He was pictured on beach, in Cyprus, as the Taliban rolled into Kabul. Alright for some.

Remember when Dominic Raab said “hadn’t quite understood” how reliant UK trade in goods is on the Dover-Calais crossing. We try no to either.

It comes Ken McCallum, the head of MI5, has warned ministers that the Taliban’s control of Afghanistan could produce a “ricochet effect” and creates new threats against the West.

Ministers are drawing up a package of measures to persuade the Taliban to protect the UK’s security interests.

“We will use all the levers that we’ve got, whether it’s economic tools, sanctions, the diplomatic leverage,” Mr Raab told Sky News.

“I think we’re going to have to be pragmatic as the UK policy has always been.

“We’re going to need to be able to send clear messages, and our message is going to be this: Afghanistan must never be used to launch terrorist attacks against the West.”

Here is Raab saying he had no clue that the Taliban would seize power so easily.

Foreign Secretary Dominic Raab says “no one saw this coming, we would have taken action if we had” regarding Taliban takeover of Afghanistan