'We need a war on poverty not the poorest,' said Jeremy Corbyn. 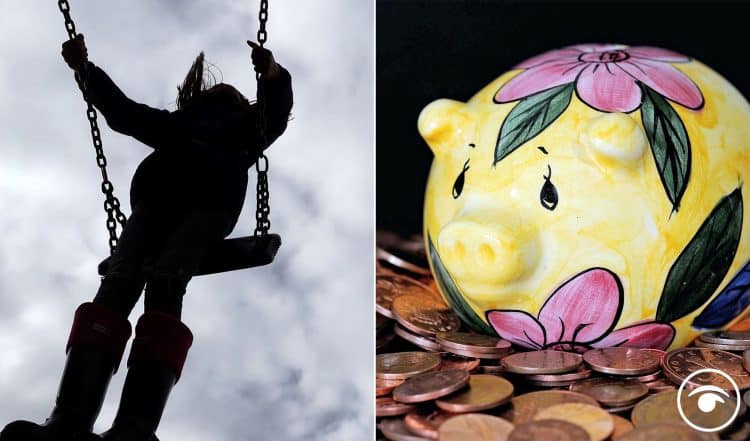 Almost three and a half million children will be affected by the cut to Universal Credit (UC) payments from next month, figures suggest.

The organisations, including homelessness charity Crisis, The Big Issue, the National Residential Landlords Association (NRLA) and the debt charity StepChange, urged the government to reverse the decision in a joint statement.

Coupled with a freeze in local housing allowance, they warned: “We have seen no assessment from the UK government on the impact of either of these policies will have on the capacity of recipients to cover rent payment.”

There were more than 1.8 million households containing around 3.4 million children claiming the benefit as of May 2021, according to the Department for Work and Pensions (DWP).

A temporary £20 a week uplift, introduced to help claimants weather the storm of the coronavirus pandemic and described as a “lifeline”, is to be phased out from late September.

Camilla Kingdon, Neonatologist, Royal College of Paediatrics and Child Health President wrote in the BMJ: “If the cut goes ahead this autumn, modelling by the Joseph Roundtree Foundation (JRF) indicates that half a million more people—including a further 200,000 children—will be dragged across the poverty line in the biggest overnight cut to social security since the Second World War.

“It must not happen. The loss of £20 from a week’s budget can, quite literally, mean children going hungry—or parents going hungry so their children can eat. It can mean being unable to afford to put the heating on. For many, it will mean choosing one or the other. “

The figures, published on Tuesday, for the first time show the number of children in households claiming UC.

Overall, households without children accounted for around 56% of households claiming UC in May 2021. Of the households with children, three-quarters contained a youngest child of primary school age or younger.

Around four in five households had two children or fewer.

Dan Paskins, director of UK Impact at Save the Children, said: “These figures confirm that the Government’s scheduled cut to Universal Credit will affect nearly three-and-a-half million children.

“The £20 increase has been a lifeline for many families. Parents we work with tell us that they’re relying on the extra £20 per week to buy essentials like food and clothes for their children. Without it, we know that many more families will be pushed into the red.

“This is especially worrying since three-quarters of families with children on Universal Credit have a child under ten, and we know that living in poverty as a young child has lifelong impacts.”

He said: “There is near universal opposition to this cut, which will push more children into poverty.

“Time is running out for the Prime Minister to see sense, back struggling families and cancel his cut to Universal Credit.

“Labour would maintain the uplift until we can replace Universal Credit with a fairer social security system.”

Important to remember: 40% of Universal Credit claimants – over two million people – are in work. https://t.co/muMedBraWM

Stripping away £20 a week from those on Universal Credit while putting their energy bills up £139 should be a criminal offence.

We need a war on poverty, not the poorest.

A) 4 in 10 people on Universal Credit have jobs already

B) The people who have received the most support from this government are its pals, donors and that guy who owned Matt Hancock’s local. https://t.co/iISDp3Vyqg

The £20 increase to Universal Credit must be made permanent. #IHateBorisJohnson

£20 can be the difference between putting food on the table and going hungry. The proposed £20 cut to Universal Credit will push hundreds of thousands of people into poverty, including many of us with mental health problems. We must #KeepTheLifeline

Without it, hundreds of thousands more children will be pushed into poverty

I’d want to be on the side of our children’s doctors, wouldn’t you? #KeepTheLifeline #UniversalCredit https://t.co/5pguthdpXd

“I’m reminded of the harrowing picture painted by a fellow paediatrician in Belfast, recounting how she’d seen toddlers in her emergency department who, when given a sandwich while they waited, hid the crusts in their nappy so they could be sure they had something to eat later.” https://t.co/ReQN3wskgj

“The Government have repeatedly said they want to ensure all children get the best start in life – but children cannot have a good start if they’re growing up in poverty.” @bmj_latest on why the cut to #UniversalCredit flies in the face of the Government’s plans to #LevelUp https://t.co/P8IGRlWZCE