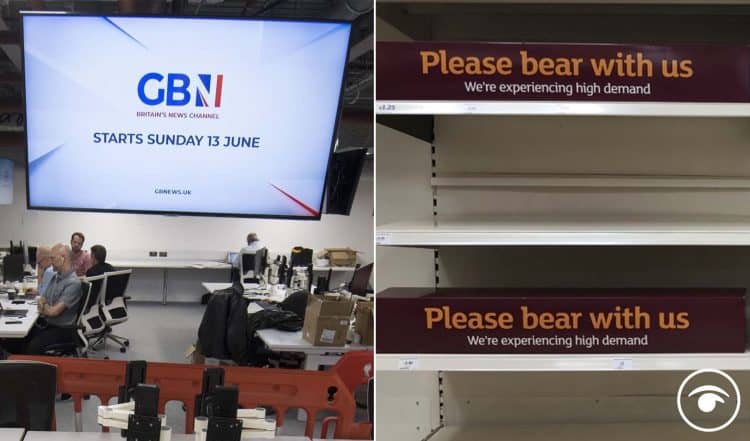 France is infuriated by Britain’s refusal to grant all the licences sought by French boats to access British waters, accusing the UK Government of failing to respect the Brexit deal.

“They made a mess of Brexit. It’s their choice and their failure, not ours… It was a bad choice, we see that today,” Mr Beaune said in an interview with French broadcaster BFM TV on Friday.

“It’s not by badmouthing our fishermen, threatening us every day, being bad players and creating red tape or problems for Europeans, the French, and our fishermen in particular, that you will solve turkey shortages at Christmas.”

As Xmas could be ruined again, Isabel Oakeshott told viewers on GB News what she thought about the potential of a shortage of good during the upcoming festive period.

She said: “So this prediction of a nightmare Christmas… really?

“First of all, I do think if your Christmas joy depends on getting a particular type of turkey for lunch, or the latest must-have toy for little Johnny, I would suggest you need to take a long hard look and really have a think about what Christmas is all about.

“Really, there’s not going to be no food in the shops and no toys, and surely a great Christmas isn’t just about whether you can buy a particular brand of this or that, but about family and friends getting together,” Oakeshott said.

The remarks got people talking online…