“As always, while the rest of us face a cost-of-living crisis and continued squeezes on public services, the royals walk off with hundreds of millions of pounds of taxpayers’ money.” 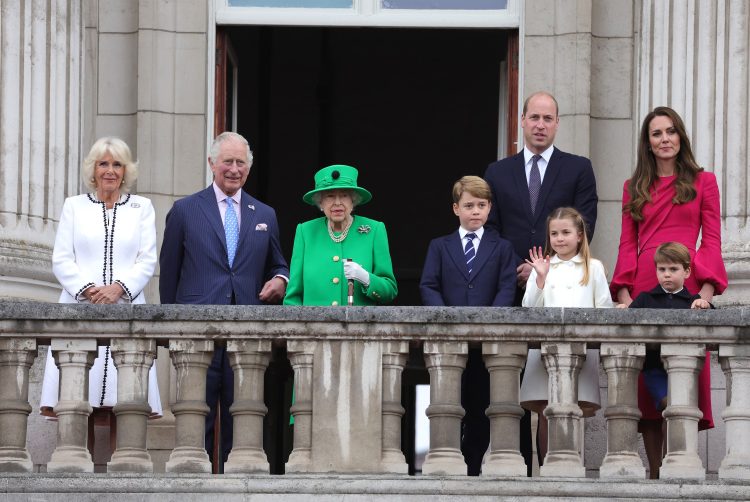 The amount spent by the Royal Family exceeded its income from public funds last year and topped £100 million as the programme of repair works on Buckingham Palace was stepped up.

The Royal Household spent £16.1 million more than it earned from the Sovereign Grant – the publicly funded part of the Royal Family’s income.

The annual report of palace finances shows it received £51.8 million for the day-to-day running of the monarchy and an extra £34.5 million for the Buckingham Palace redevelopment – referred to by the household as “reservicing”.

The royal family is “extremely conscious” of the cost-of-living crisis affecting the nation, with the Prince of Wales paying very close attention to the matter, a royal source has said.

Royal accounts published on Thursday showed the monarchy’s taxpayer-funded spending came to £102.4 million during 2021/22 – an increase of £14.9 million, or 17%, on the previous financial year.

Property maintenance soared by £14.4 million to £63.9 million, as the 10-year project to renovate Buckingham Palace continued.

Campaign group Republic lambasted the figures, with chief executive Graham Smith saying: “As always, while the rest of us face a cost-of-living crisis and continued squeezes on public services, the royals walk off with hundreds of millions of pounds of taxpayers’ money.”

He added: “We need to put the monarchy on a proper budgetary footing, just like any other public body. We need to slash that budget down to below £10m, and only fund what’s required for the functions of the head of state.”

Sir Michael Stevens, Keeper of the Privy Purse, outlined the challenges facing Buckingham Palace itself following the pandemic and due to inflation.

“Looking ahead, with the Sovereign Grant likely to be flat in the next couple of years, inflationary pressures on operating costs and our ability to grow supplementary income likely to be constrained in the short term, we will continue to deliver against our plans and manage these impacts through our own efforts and efficiencies,” Sir Michael said.

Its supplementary income from the Royal Collection Trust was £9.9 million in 2021/22, which is 50% below pre-pandemic levels, with the figure not expected to rebound until two or three years’ time.

Efficiencies within the royal household have included a pay freeze and a recruitment freeze, with a close eye being kept on energy use, ahead of the expected rise in energy costs.

A senior royal source said: “It goes without saying, in terms of the environmental credentials, that not only are we looking at consumption, but also we have an eye on – in terms of the cost of living – one of the big increases that is coming and is happening now is utilities.

“So we’re looking very much at how we can be innovative in reducing consumption and consequentially as a by-product reducing costs as well to ensure that we can live within and operate within the funding envelope that we are anticipating.”

Another royal source described heir to the throne Charles as taking a very close interest in how inflation and the cost-of-living problems were impacting people, particularly the Duchy of Cornwall’s tenants, and their welfare.

Charles has spent time with farmers “sitting around the farmhouse table” discussing the challenges while visiting Duchy districts to work out ways to help them, the source said.

“He wants to hear from them, what is their lived experience, so we can see what we can do to try to help them, support them along the way because to roll the question into a wider point about the living crisis, the family are extremely conscious of this – the Prince of Wales is paying very close attention to this indeed,” the source added.

The prince and the Duchess of Cornwall have shown support for vulnerable communities through their engagements, including trips to high streets where the retail sector is struggling, the source said.

Charles’s Prince’s Trust has worked for many years to help young people with skills to find employment, with the source adding that making sure they are “best equipped to get the best jobs they can” will be “the best insulation against these economic shocks when they come”.

Related: Andrew is ‘a very good man’ says woman who shares £30m house with him