Operation is set to surpass the London 2012 Olympics which saw up to 10,000 police officers on duty per day. 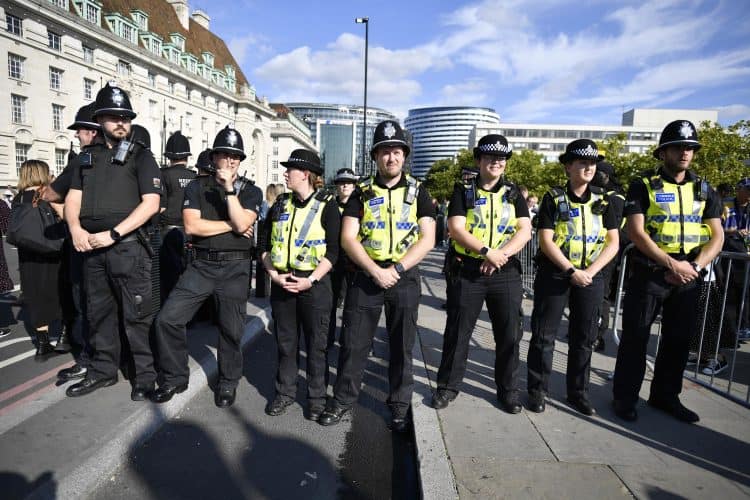 More than 30 arrests have been made so far as part of the biggest policing operation in the Met’s history in the lead-up to the Queen’s funeral.

Metropolitan Police Deputy Assistant Commissioner Stuart Cundy said by Friday morning 34 people had been arrested for a “range of offences” but described this as “relatively few”, adding that none had been for protesting.

Scotland Yard has not yet been able to provide a breakdown of the offences involved.

The senior officer told reporters the “hugely complex” policing operation is the biggest in the force’s history, surpassing the London 2012 Olympics which saw up to 10,000 police officers on duty per day.

Mr Cundy said: “This will be the largest single policing event that the Met Police has ever undertaken.

“The range of officers, police staff and all those supporting the operation is truly immense.”

It will also be the largest global protection operation the force has dealt with, as hundreds of world leaders, dignitaries and other VIPs are expected to attend the state funeral on Monday.

In the wake of the Queen’s death, in mutual aid alone – officers who are drafted in from outside forces to help – there will be 20,000 officer shifts throughout the week and 2,000 officers in a single day at the peak, Mr Cundy said.

The force has used more than 22 miles (36km) of barriers in central London alone to control crowds and keep key areas secure.