“It’s of course very sad the Queen died, and a funeral is important, but we are asking people to give up potentially life-saving medical treatment for the aristocracy.” 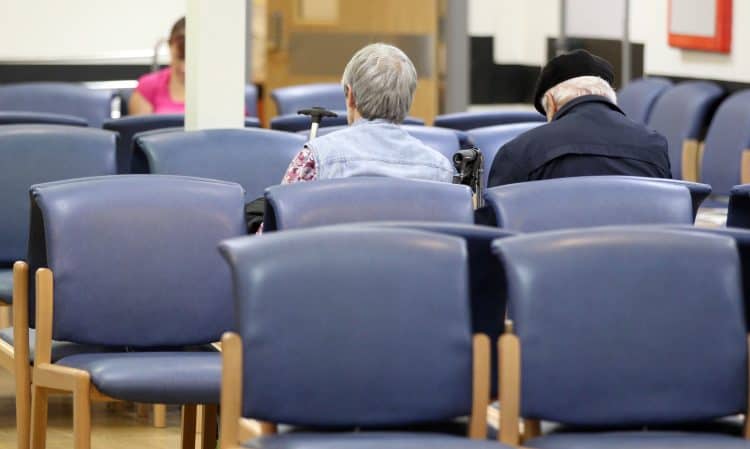 Patients who have had hospital appointments cancelled because of the Queen’s funeral have said the move is “abhorrent” and not democratic.

Many health units have shut and appointments have been cancelled due to Monday’s bank holiday which was announced to mark the national event.

Some with cancelled appointments said that while it is “sad” that the Queen has died, it is “abhorrent” that they have to remain in pain.

Ila Bell, 71, is retired and has a genetic condition called joint hypermobility syndrome (JHS), which is on the spectrum of Ehlers-Danlos syndrome (EDS) and requires a pain management treatment every 10-12 weeks.

Because of her condition, Ms Bell also suffers from chronic pain syndrome, which has in turn caused chronic fatigue syndrome.

She is given a dose of lidocaine intravenously which takes around two hours, which allows her to manage the pain enough to continue her daily life.

She told the PA news agency that her regular appointment for the treatment has been put back by a week because of the Queen’s funeral.

“At the moment I have got all the curtains closed because I can’t face light, the brightness of it,” she said.

“It’s really difficult getting in and out of a chair or things like that. It’s very, very difficult.

“I can’t sleep because of the pain, I wake up every 20 or so minutes.”

Ms Bell added that the time she spends at the hospital is integral to her quality of life in the weeks afterwards.

“The hospital is my best sleep in every 10 weeks. It is restful and then for the next 24 hours I sleep a lot because it’s the sedation in my bloodstream, and that builds me up for the next few weeks,” she said.

“Somebody’s mother, grandmother, has passed away, it’s a sad thing. But I don’t see why they should be imposed on people – it’s not as if she did anything for common people.

“As I said, I’m not going to disrespect her, but I don’t see the point of this 10 days of mourning.”

Dr Marcia Allison, 39, who lives in Aarhus, Denmark, told PA that her 69-year-old father, who did not wish to be named and lives in Worthing, could lose a tooth because his dentist appointment was cancelled.

“My dad’s front tooth almost completely broke off two and a half months ago. He luckily has an NHS dentist, but they are only part time, and they are the only NHS dentist available,” the university professor said.

“When he broke the tooth, he got an “emergency” NHS appointment – several days after he broke it.

“And yesterday they called to say his appointment is cancelled because of the mandatory bank holiday.”

She added that there are no appointments available until the end of November and he will “most likely lose the entire tooth”, which would lead to “more extensive dental work, infections, and ultimately costing the NHS more”.

“It’s abhorrent to ask people like himself to lose their teeth for an unelected head of state in the 21st century. This isn’t democratic.

“It’s of course very sad the Queen died, and a funeral is important, but we are asking people to give up potentially life-saving medical treatment for the aristocracy.”

NHS hospitals in England have been urged to contact all patients with appointments on Monday, whether or not their appointment has been postponed.

Hospital trusts are expected to make their own decisions around appointments based on local staffing levels and whether local transport will allow patients and staff to attend.

An NHS spokesperson said: “As with any Bank Holiday, NHS staff will work to ensure that urgent and emergency services, including urgent dental and GP appointments, are available — and patients will be contacted by their local trusts, if necessary, regarding their existing appointments.

“Covid vaccination services, particularly in care homes, are being asked to continue their work given the importance of protecting people ahead of winter and the public should access NHS services in the usual way, including through 111 online or 999 in an emergency.”

Related: Record number of NHS posts vacant as minister says cancer, maternity and mental health may no longer be priorities