The Met’s Flying Squad descended on a residential street, shooting a man and arresting another for ‘conspiracy to rob’. 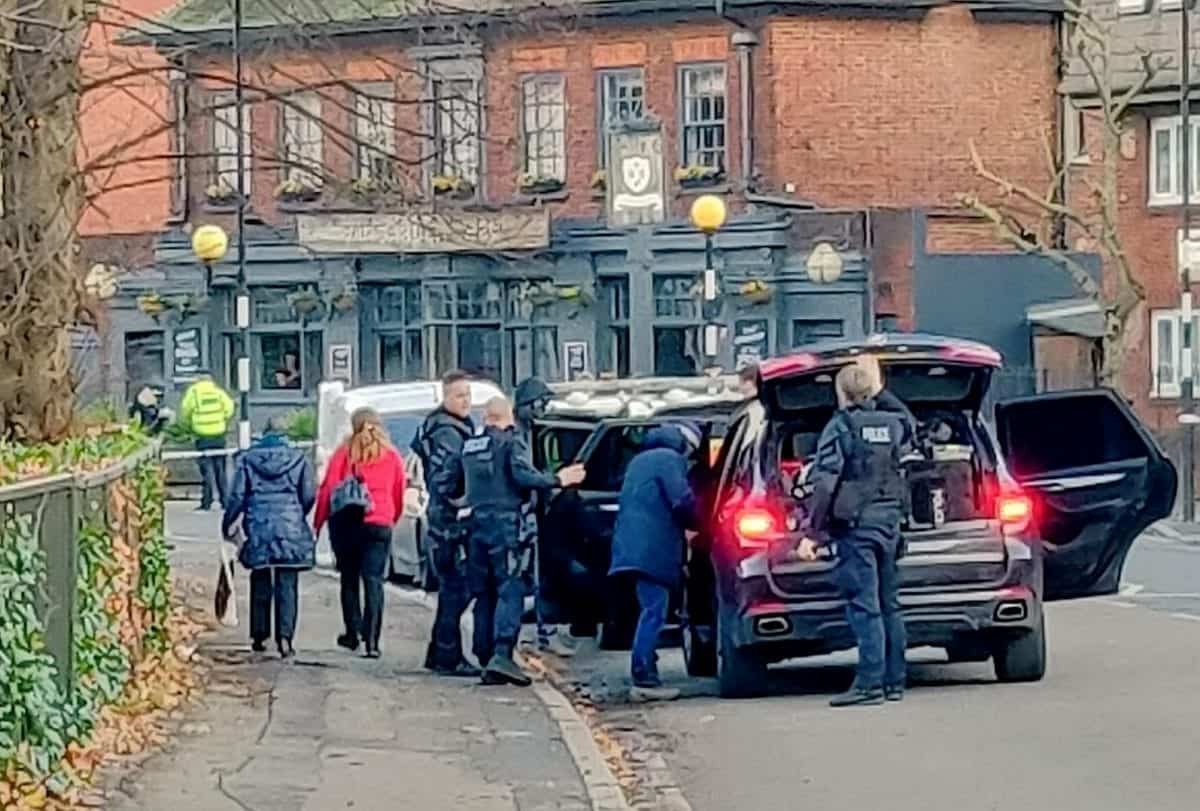 Armed police were scrambled to a leafy suburb this morning – where they shot a man during a ‘proactive operation’.

The Met’s Flying Squad descended on a residential street, shooting a man and arresting another for ‘conspiracy to rob’.

Police said that a crime scene in Wimbledon, south west London, is now under control, but have not released the condition of the man they shot.

A local resident said: “I was getting ready to leave my house and I saw a man charging past with a gun.

“Police chased after him and I decided to stay inside, I was shocked.

“I heard a massive bang, then people were saying he was shot and taken to hospital.”

A woman who works inside the cordon on Haydons Road said she heard gunshots outside.

She said: “I had just got into work and police closed the road – we were told to stay inside at about 8.15 this morning.

“A lot of police turned up, there were vans everywhere and a lot of unmarked cars, with sirens blaring outside.

“I believe somebody was shot, it was a very distinctive sound – and then a team of armed police came running by the window.”

Scotland Yard said: “A man has been shot during a pre-planned police operation in Wimbledon – the incident happened at about 8.10 pm on Monday, December 3 in Lacock Close.

“A proactive operation was conducted by officers from the Met’s Flying Squad assisted by firearms officers.

“During the course of the operation, one man was shot by police – he has been taken by London Ambulance Service to a London hospital – we await an update on his condition.

“A second man has been arrested for conspiracy to rob.

“The Met’s Directorate of Professional Standards have been informed and the Independent Office for Police Conduct has launched an independent investigation.

“A number of roads in the area, including Haydons Road, have been closed and a forensic scene is in place.”