'I'll sing God Save the Queen at Wales matches if he sings Rolling Stones' Sympathy for the Devil at Sunday service,' said one Twitter user. 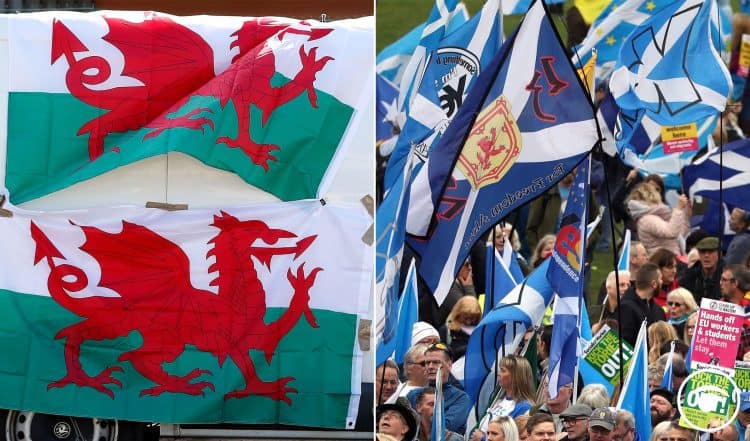 The Archbishop of York received a royal rap on the knuckles after he suggested Wales and Scotland should sing God Save the Queen before international sports games.

Stephen Cottrell proposed that when the different nations of the UK play each other in sporting contests they sing their countries individual anthems before they “sing our national anthem together”.

Cottrell also complained about Scotland singing the Scottish national anthem Flower of Scotland before its Euro 2020 match with England, instead of both teams having “sung one national anthem”.

He also questioned why it had become taboo to be patriotic in the Telegraph piece that also took aim at the ‘patronising’ London elite.

BBC Wales was bombarded with a barrage of angry responses after it shared the article on its official Twitter page and asked: “Could Welsh sports teams sing two anthems before games?”

Bryn Williams said: “Perhaps BBC Wales should be renamed ‘BBC in Wales’ as they clearly don’t respect our differences.”

Llion Rhys said: “Guessing they don’t realise we’ve got our OWN anthem? What a stupid question!”

Roopa Vyas said: “Could this be the worst thing the BBC has posted?”

This has gone down as badly as expected with the Welsh and Scots.