"That's the Archbishop of York with his seat in the House of Lords," Otto English tweeted in response. 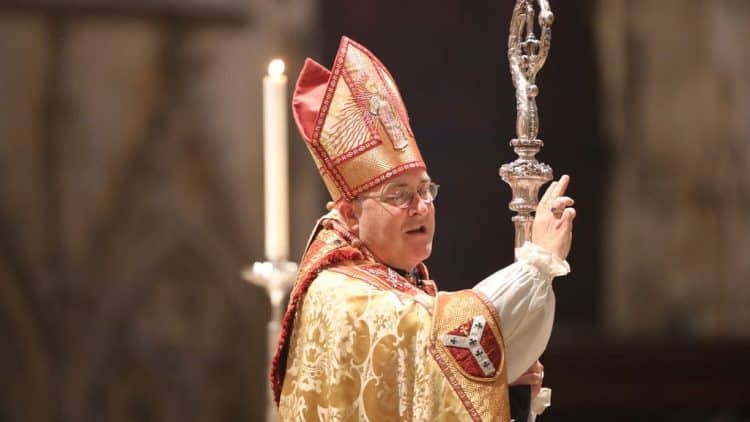 The archbishop of York has hit out at “metropolitan elites” in London and the south-east, calling for a new “expansive” vision of what it means to be English to counter a “negative political discourse and a hopeless future”.

Writing in The Telegraph, Stephen Cottrell, the second most senior cleric in the Church of England, said many people in England feel left behind and often patronised by those living in urban centres.

He said “their heartfelt cry to be heard is often disregarded, wilfully misunderstood or patronised as backwardly xenophobic,” adding that it is time to acknowledge “our strong regional identities going back centuries”.

“Expansive vision of what it means to be English”

“What we need is an expansive vision of what it means to be English as part of the UK. This will help us rediscover a national unity more fractured than I have ever known it in my lifetime,” he said.

“A first foundation would be a more developed and strengthened regional government within England. Westminster would hold on to those big issues to do with our shared sovereignty, while empowering the separate nations and regions to serve their own localities better.

“I say this as a bishop of the Church of England, an inheritor of a post that dates back to 627AD. For a long time, the church inhabited a world that was a tapestry of kingdoms and not yet nation states. That memory of regional identity is still very strong here in the north, and only just below the surface elsewhere.

“Let’s play to our strengths: our shared history within these islands; our strong regional identities going back centuries. Let’s also look to the other things that bind us together as English and British, modernising and strengthening them rather than neglecting them or imagining they are the problem.”

Monarchy and the church

Among those were “the very particular but surprisingly enduring threads of our history, such as monarchy and church; and from the more recent past the NHS and even the BBC World Service”.

The Churd of England was “one of the only institutions left in our nation with a local branch in virtually every community, and despite unhelpful reports to the contrary, remains committed to this local and national vision: a church for England”, he said.

Courage and compassion were “two words [that] seem to me to be the best ones to define the Englishness I long for: the courageous, entrepreneurial spirit of a trading, island nation; and the compassion of a nation slowly facing up to some of the failings of its colonial past; a pioneer of common suffrage and healthcare for all; the birthplace of the World Service. It is time to be proud to be English.”

Reaction to the comments on social media has been split, with Nigel Farage welcoming what he had to say but many others in disagreement.

Could he take over from the awful Welby please?