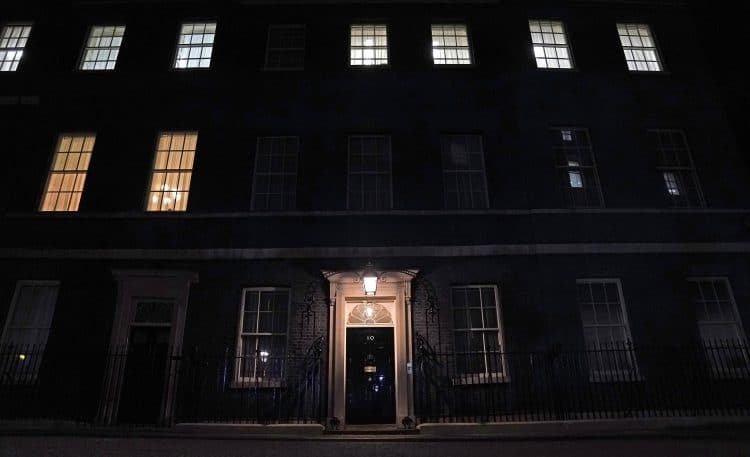 An industry leader has hit out at the “contempt” shown towards cleaners at 10 Downing Street following revelations that red wine was spilt on a wall after a Christmas party.

Union leaders representing civil servants reacted with anger to the findings of Sue Gray’s “partygate” report, with one calling for the Prime Minister to resign.

Ms Gray said she learned of multiple examples of “unacceptable” treatment of security and cleaning staff during her investigation.

She wrote: “I found that some staff had witnessed or been subjected to behaviours at work which they had felt concerned about but at times felt unable to raise properly.

“I was made aware of multiple examples of a lack of respect and poor treatment of security and cleaning staff.

Staff members “drank excessively” at the Downing Street Christmas party on December 18 2020, and a cleaner found red wine was spilled on one wall the next morning, the report said.

The publication stated: “There was food and alcohol available which had been bought and brought in by staff. Some members of staff drank excessively.

“The event was crowded and noisy such that some people working elsewhere in the No 10 building that evening heard significant levels of noise coming from what they characterised as a ‘party’ in the press office.

“A cleaner who attended the room the next morning noted that there had been red wine spilled on one wall and on a number of boxes of photocopier paper.”

Zarah Sultana tweeted: “Imagine being a Downing Street cleaner, having your social life cancelled by lockdown and then having to clean-up vomit and wine spilt on the walls at a party, only to be mistreated by the government staff responsible? That’s the elitist culture Boris Johnson is responsible for.”

“Imagine being the cleaner having to scrub red wine off the walls inside No10 while banned from visiting your own family at Christmas.”

Armando Iannucci reminded social media of a clip from his show The Thick of it.

“I’ve been a cleaner – most people treat you like a ghost and it is the truly kind and genuine people that are decent to you.”

Jim Melvin, chairman of the British Cleaning Council, said: “At a time when many cleaning and hygiene operational staff were putting themselves at risk to maintain high standards of hygiene and ensure that key workers and the public were safe and well during the pandemic, it is absolutely appalling and upsetting to hear that they were being treated with such contempt by people who sit within Government or the civil service and who frankly should know better.

“Cleaning staff are hardworking, professional and deserve to be respected in their vital work, just like anyone one else, and certainly how the people concerned would expect to be treated.

“In some parts of the cleaning industry, the demand for increased standards of hygiene during the pandemic has combined with severe staff shortages to drive many colleagues close to breaking point.

“The Prime Minister himself thanked cleaning staff in Parliament and now we are subjected to the contents of Sue Gray’s report.

“Which one are we to believe?

“What cleaning staff need is support and recognition from the Government, not to be treated with such arrogance or disrespect.

“In that respect, we wish to engage with the Government and actually see what the claim that steps have been taken really means in detail.

“We will be formally requesting a meeting to have such engagement and discussion.”

Boris Johnson told MPs: “I have been as surprised and disappointed as anyone else in this House as the revelations have unfolded and, frankly, I have been appalled by some of the behaviour, particularly in the treatment of the security and the cleaning staff.

“He has consistently shown a failure of leadership.

“He has no integrity, no moral authority and his position is untenable.”

Prospect’s general secretary Mike Clancy said: “It would be a travesty if junior civil servants paid the price for this culture when their political bosses get off scot-free.

“The measure of a boss is how they treat their staff, and with relentless attacks on civil servants in the press and threats to their jobs and pay, it’s clear what kind of boss Boris Johnson is.

“The PM must finally take responsibility for his actions and end his attacks on committed public servants who kept the country going whilst Downing Street partied.”