An animal welfare representative said the government is showing signs that there will not be proper protections against animal testing post-Brexit. 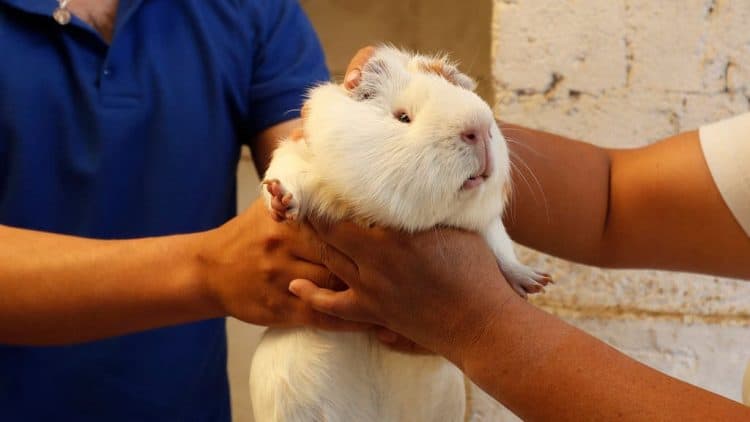 The government has opened the floodgates for increased animal testing to cosmetic products ingredients for the first time in more than two decades, campaigners have warned.

Cruelty Free International said the process was banned in the UK since 1998 and warned the UK would be “blowing a hole” in its leadership on animal testing, according to The Guardian.

The government has recently said it is aligning with a European Chemicals Agency decision, but the decision went against EU regulations on animal testing for cosmetics.

A government spokesperson told the newspaper that there had not been any changes in UK legislation for animal testing of finished cosmetic products.

“Under UK regulations to protect the environment and the safety of workers, animal testing can be permitted, where required by UK regulators, on single or multiuse ingredients. However, such testing can only be conducted where there are no non-animal alternatives,” the spokesperson added.

‘Going back half a century’

But CFI’s director of science and regulatory affairs, Dr Katy Taylor, said the government is “relying once again on cruel and unjustifiable tests that date back over half a century.”

And CFI’s director of public affairs Kerry Postlewhite said the government is showing signs that there will not be proper protections against animal testing after Britain’s exit from the EU.

Dr Julia Fentem, head of the safety and environmental assurance centre of Unilever, one of the world’s largest manufacturers of cosmetics, said cosmetics testing can already be done safely without having to use animals.

Before Brexit, a report by the Green Party’s animals spokesperson warned that amongst animal welfare risks caused by UK’s exit from the bloc was animals testing.

It found the loss of access to EU funding and research networks would hamper progress towards the replacement of animal testing programmes and risk the duplication of tests.

Keith Taylor MEP said: “From the freedom of movement for EU vets to access to EU-wide research networks developing alternatives to animal testing, so many UK animal welfare advances are inexorably linked with our membership of the EU.

“Advances [are] seriously compromised by the hard Brexit course being piloted by a government paralysed by confusion and division.”

He added: “The threats to animals posed by Brexit are tangible and plentiful. Farmed animals are being readied for sacrifice on the altar of free trade.

“Britain is set to take a step backwards on the road to cruelty-free research testing methods, with animals at risk of being the victims of doubly unnecessary and inhumane studies.”

The warning against lower animal welfare standards comes in the middle of a heated debate on wider standards, in which British farmers have expressed concerns about the post-Brexit trade deals being signed.

Webster, who set up the Save British Farming campaign group last year, told TLE: “Between nine in ten people are adamant they don’t want to lower standards.”

But she said Australia is one of the countries the government is signing trade deals with but which have the “worst standards”.