“Have we ever tried to explain to men how to shave or how to take care of their prostate or whatever?", Martina Navratilova said. 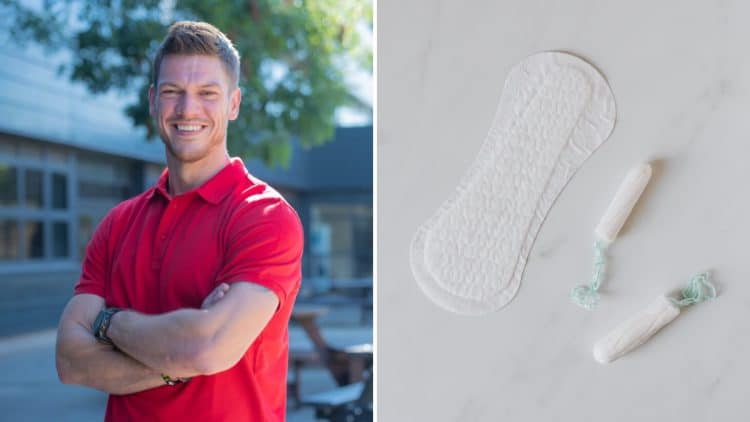 The decision to appoint a man as Scotland’s first “period dignity officer” has been met with a major backlash.

Critics say the job, which involves promoting access to free sanitary products in schools and colleges across the Tay region, should have gone to a woman.

Jason Grant, from Dundee, will also discuss issues around the menopause as part of his role.

The announcement comes as Scotland becomes the first country in the world to introduce a law to widen access, free of charge, to sanitary products.

Mr Grant’s appointment, as Period Dignity Regional Lead Officer, the first role of its kind, has sparked an outcry across social media.

Gina Davidson, of radio station LBC, said the move “is the epitome of mansplaining”.

She commented on a photo sent out by Mr Grant’s PRs, Grainger Public Relations, which had a photo of the former personal trainer pictured with a woman and daughter, talking about period products.

She added: “Have we ever tried to explain to men how to shave or how to take care of their prostate or whatever? This is absurd.”

Susan Dalgety, a newspaper columnist and women’s rights campaigner, tweeted: “I have no idea why anyone thought it was a good idea to appoint a bloke.”

The job advert said the suitable candidate needed a “successful track record of engaging and empowering a large range of people from a diverse range of cultural and socio-economic backgrounds, in particular young people who menstruate”.

According to a press release from Grainger PR, Mr Grant will be working with the period dignity working group, which has representatives of Dundee and Angus College, Perth College, Angus Council and Dundee City Council.

SNP MP Ian Blackford said a woman would be better for the role.

“It’s a policy that we should all be proud of. At the end of the day, I think there should be a priority of having women in place in these posts.”

A spokesperson for the Period Dignity Working Group defended the move saying Mr Grant was the strongest candidate, adding: “This new role, funded by the Scottish Government, was created to promote and implement new legislation, specifically focused on project management.

“The role builds on some fantastic work which has been gathering speed across the Tay region for several years, led by a passionate group of people of all genders, ages and backgrounds.

“By changing the culture, encouraging debate and removing the stigma around periods, we look forward to supporting the delivery of this important work across the region.”

“Break down the barriers”

The spokesperson added Mr Grant is not available for interviews.

In an earlier statement announcing his new job role, Mr Grant said: “I think being a man will help me to break down barriers, reduce stigma and encourage more open discussions.

“Although affecting women directly, periods are an issue for everyone.

“We’ll also raise awareness of the menopause which, although a natural process for women, has wider repercussions in the world of work and family.

“It’s time to normalise these topics and get real around the subject.

“I believe I can make progress by proving this isn’t just a female topic, encouraging conversations across all genders and educating and engaging new audiences.”

The Scottish Government’s Period Products Act means that councils and places of education must make items, such as tampons, free to people who need them.

“Subject to some statutory requirements, it is for each individual organisation to determine how to meet their duties under the Period Products Act and they have been empowered by the Act to decide through consultation what works best in their area responding to local need and circumstances.

“Some local authorities are appointing staff to ensure they are complying with their new duties and making free products in line with the Act, ensuring there is information available on where to access the products, and also tackling issues such as the stigma that still surrounds accessing period products.”