Neil said the right-wing channel's botched launch left him sleep-deprived and "in despair". 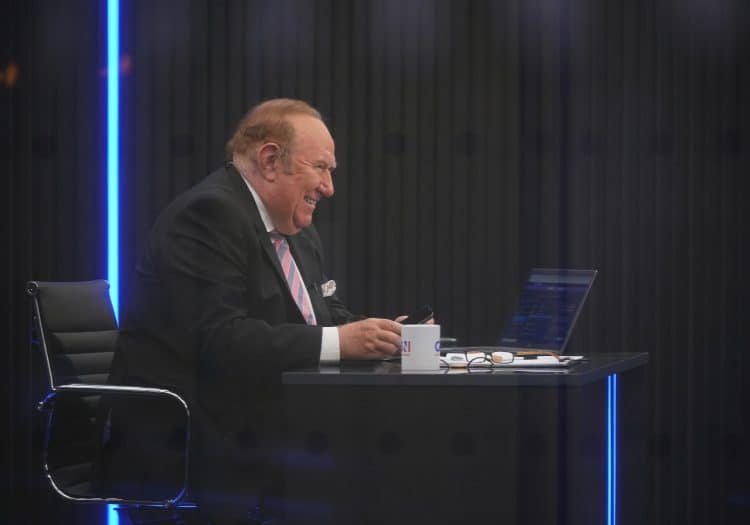 Andrew Neil has claimed he almost had a breakdown while working and GB News – and believes “it wouldn’t have killed me to carry on” after the broadcaster’s botched launch.

Neil, 72, announced his departure from the right-wing channel in a tweet earlier this month where he said it was “time to reduce my commitments on a number of fronts”.

But the split between the new channel and its chairman and lead presenter has become increasingly bitter, with the 72-year-old since saying his former employer “unilaterally” cancelled his exit deal and he “couldn’t be happier” to have severed ties.

Despite having been the face of GB News before it went on air in June, Neil presented just eight programmes over the course of three months amid a litany of technical issues, the loss of senior staff and differences of opinion over the channel’s political direction.

‘Constant knot in my stomach’

In an interview with the Daily Mail, the former BBC presenter revealed he walked away from a £4 million contract, saying: “It was a big decision but I frankly couldn’t care if it was £40m. This would have killed me if I’d carried on.”

Neil said he suffered stress and sleep deprivation in the channel’s problem-plagued early days. He told the Mail: “It just went from bad to worse. There was one day we spent the whole day preparing the programme and fixing up a number of interviews down the line [remotely], because that was the business model.

He said the “stress was just huge” – and he already felt like leaving after the first week.

“It was really beginning to affect my health. I wasn’t sleeping … I had a constant knot in my stomach. When I did wake up, I’d feel fine, then remember all the problems I had with GB News, and this knot would come and wouldn’t leave me for the whole day.”

He added: He said: “It just got worse and worse. At one stage, we were waiting to go on air and the whole system went down. It had to be rebooted and we only managed it with 15 seconds to spare.

“That stress was just huge. It meant you couldn’t think about the journalism.By the end of that first week, I knew I had to get out. It was really beginning to affect my health. I wasn’t sleeping. I was waking up at two or three in the morning.”

Guto Harri quit the channel following a row over him taking the knee during a debate on the racism directed towards England football players, while other staff members have reportedly left.

Neil said he and his wife fled to Jersey after the channel’s first week to consider their options. “So, that Jersey weekend we decided I would go back for four more nights,” he told the Mail. “I couldn’t leave them in the lurch.

“I would do four more nights and then I was gone, whatever the consequences were on contracts. I knew if it went to court I’d need to build a fighting fund. Susan and I talked about that and decided maybe the best way of financing it would be selling my apartment in New York.”

Neil added that he is worried at the “direction of travel” at GB News after his departure. “They bring in these shock jocks in the morning and evening – Mark Dolan and this Patrick Christys. You’ve already got Dan Wootton,” he said.

“One of the great ideas before I left was we do trial by television on the guilty men of Brexit – those who tried to stop it, like Lord Adonis and Nick Clegg.

“I said: “Why do you want to do that? You won the referendum.” We’re out. But let me remind you that was the most miserable period of modern British politics. We should be looking forward to the 2020s.

“Another suggestion was that we should put secret cameras in classrooms to show how Left-wing the teachers were. I said: “That’s a really good idea but I think you should take charge of that yourself, and I promise you that after you get in hot water for breaking about five different laws – including filming minors – come back and talk to me.””

Related: Corbyn accuses Starmer of seeking to ‘shut down debate’