The Labour leader is still pushing ahead with some reforms, but has U-turned on ditching one-member-one-vote. 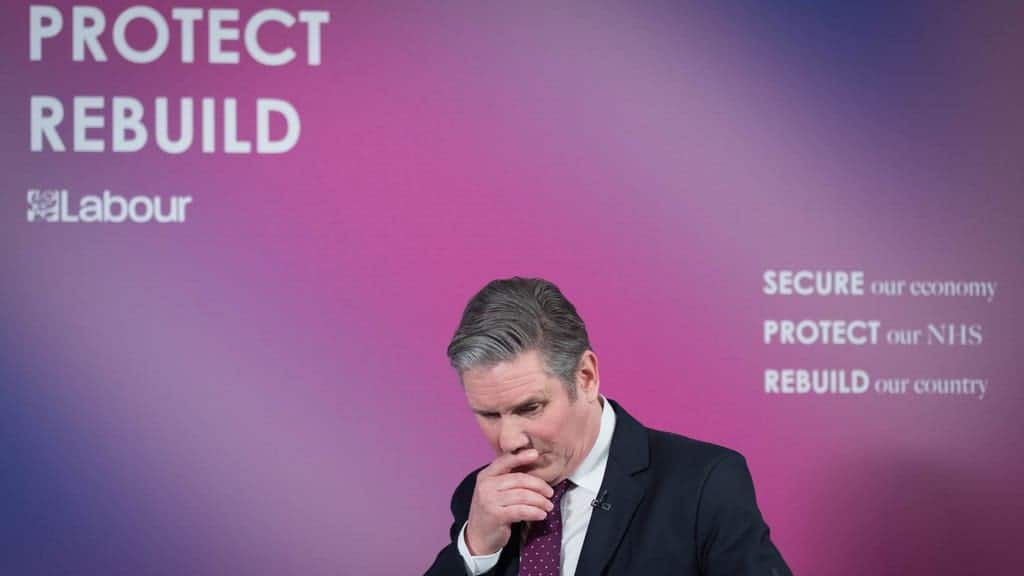 Keir Starmer has scrapped plans to force through changes to how Labour selects its leaders after a withering backlash from trade unions – but will press ahead with a number of reforms likely to anger the party’s left-wing.

Sir Keir had sought to ditch the one-member-one-vote system for leadership elections and shift the party back to the electoral college – which split the vote between unions, grassroots members and MPs.

But the move had been branded undemocratic and he was forced into a humiliating U-turn on the eve of the party’s annual conference in Brighton following a tense standoff with unions on Friday night.

Starmer has now agreed a new package of reforms, which the party’s ruling National Executive Committee will vote on.

These include a higher nomination bar to become a leadership candidate, to a quarter of MPs, and a ditching of the registered supporters scheme – which allows those who pay a small fee and sign a declaration of support to vote in leadership elections.

“The aim of the reforms was to ensure that leadership elections are not decided by people who have only joined with the express intention of backing a candidate and have no other relationship with the party,” one Labour source told the Guardian.

Another source told the newspaper that the electoral college plan was “dead” on Friday morning.

Figures close to Angela Rayner, the deputy leader, were reportedly furious that major announcements on workers’ rights during her Saturday morning media round were drowned out by endless media questions on party infighting.

A spokesperson for Starmer said: “The Labour leader will be putting a package of party reforms to the NEC that better connect us with working people and re-orient us toward the voters who can take us to power.”

Another source told the Guardian: “Keir said on Tuesday it wasn’t a take-it-or-leave-it deal. That’s how we’ve approached it and we’re pleased with where we’ve ended up.”

Starmer’s predecessor, Jeremy Corbyn, has accused the Labour leader of trying “to shut down debate” ahead of the party’s annual conference, which starts this weekend.

Corbyn, who still sits as an independent MP in the Commons after Sir Keir refused to reinstate the whip to the former party leader due to comments over antisemitism, will be attending the conference in Brighton.

The party previously confirmed he would be allowed to address fringe events.

But ahead of the event, which runs until Wednesday, Corbyn said it appeared that under the current leadership “Labour props up rather than challenges our broken political and economic system”.

Corbyn, who remains a Labour member, said: “At conference, I hope to hear how Labour will bring in a wealth tax to fund a National Care Service like the NHS, will take the radical action needed to decarbonise by 2030, stand against the drumbeat of a new Cold War, and will rein in the runaway wealth and power of a tiny elite.”

He said: “I know our trade unions and members have developed these policies, but the signs are that the party leadership wants to try to shut down debate, sideline the members and trade unions, with the end result that Labour props up rather than challenges our broken political and economic system.”

Related: Corbyn accuses Starmer of seeking to ‘shut down debate’