The Boeing 767, capable of carrying 200 passengers, will transport fewer than 10 asylum seekers to Rwanda this evening. 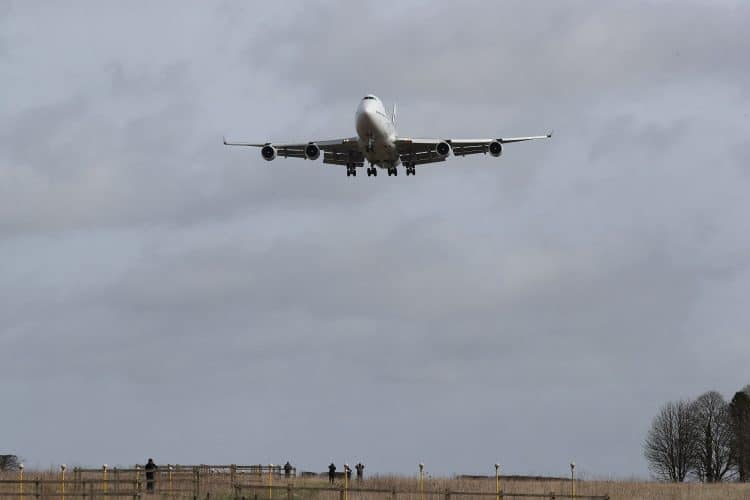 An aircraft which is believed to be taking the first refugees from the UK to Rwanda flew from Germany to Wiltshire on Tuesday morning.

The Boeing 767, registration EC-LZO, is owned by Spanish airline Privilege Style and flew from Dusseldorf to the military base in Amesbury, Salisbury, ahead of its expected departure on Tuesday evening.

It landed at 9.52am under the flight number PVG689P, according to flight-tracking website FlightRadar, and has since been pictured at MoD Boscombe Down.

The aircraft is 27 years old and capable of carrying around 200 passengers.

Just seven people are due to be on board the flight after a number were removed following legal challenges and reviews by the Home Office – of those seven, lawyers representing three are seeking an order to prevent their removal to Rwanda.

Privilege Style has been criticised for its involvement in the Rwanda programme, which sparked a protest outside its Spanish headquarters in Mallorca on Tuesday.

Torture survivor and charity ambassador Kolbassia Haoussou said: “In the last week alone, people in the UK have made hundreds of calls and sent over 30,000 letters to airlines suspected of involvement in the UK Government’s cruel Rwanda scheme.

“Privilege Style thought they could ignore us, so we travelled to their headquarters in Mallorca to give them the message directly.

“Across the UK, everyone from people protesting in the streets to the heir to throne have spoken out against this neocolonial ‘cash for humans’ policy.”

The PA news agency has contacted Privilege Style for comment.