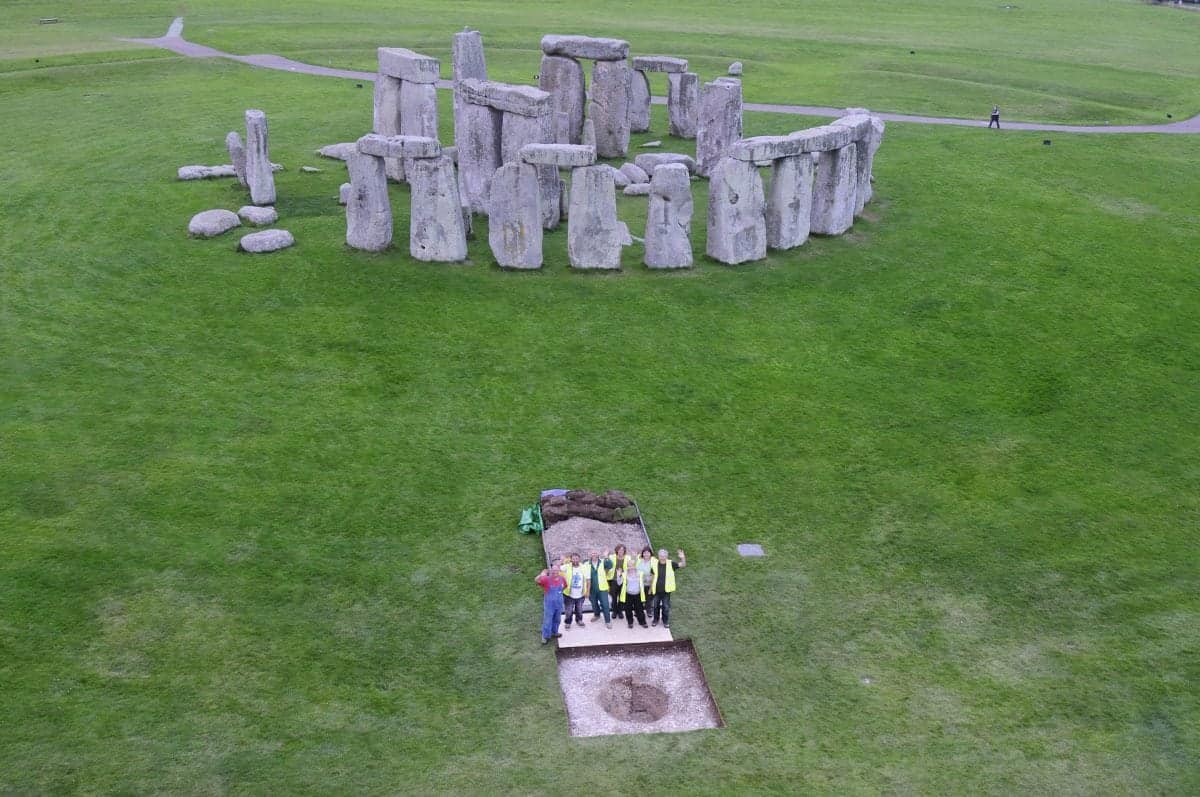 While how and why the stone monument was built over 5,000 years ago has received much attention from scientists, who did the grafting has been overlooked until now.

While Stonehenge’s bluestones came from west Wales, who constructed the ring of standing stones which weighed up to 25 tons remained unknown.

The new study suggested a number of the people buried at the Wessex site had moved with and likely transported the bluestones used in the early stages of the monument’s construction, sourced from the Preseli Mountains of west Wales.

An analysis of 25 skull bones left over from being cremated at the site found at least 10 did not live near Stonehenge prior to their death. 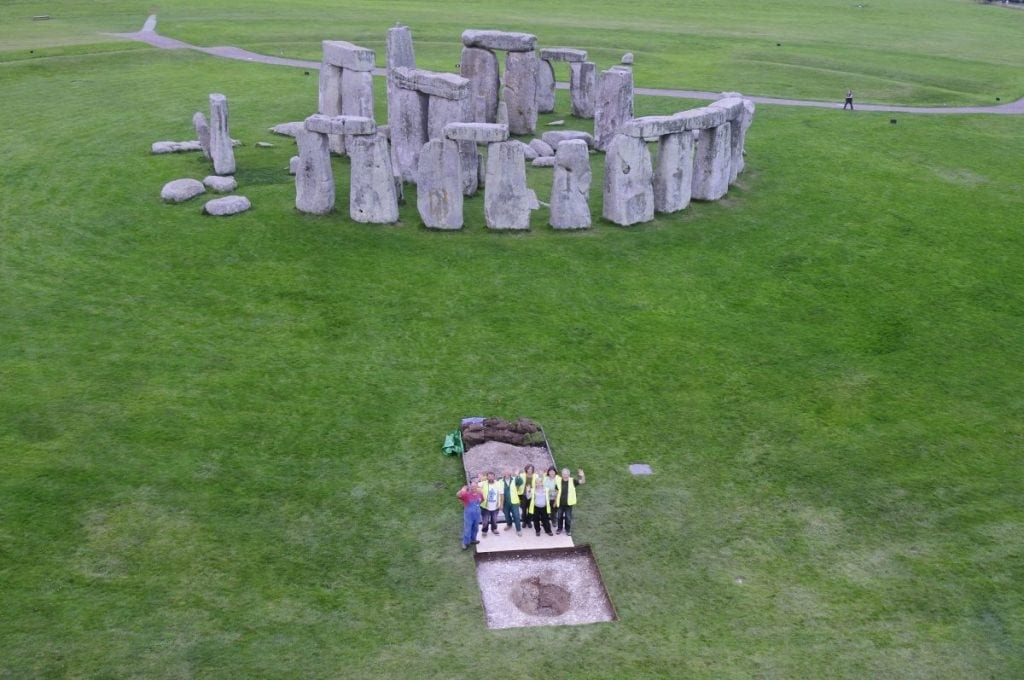 Instead the highest strontium isotope ratios in the remains were consistent with living in western Britain, a region that includes west Wales.

Although strontium isotope ratios alone cannot distinguish between places with similar values, this connection suggests west Wales as the most likely origin of at least some of these people.

And the findings showed the movement of people between west Wales and Wessex in the Late Neolithic with some ending their days there.

The findings also showed the importance of inter-regional connections for moving both materials and people in the construction and use of Stonehenge.

It combined radiocarbon-dating with new developments in archaeological analysis, pioneered by lead author Christophe Snoeck during his doctoral research in Oxford’s School of Archaeology. 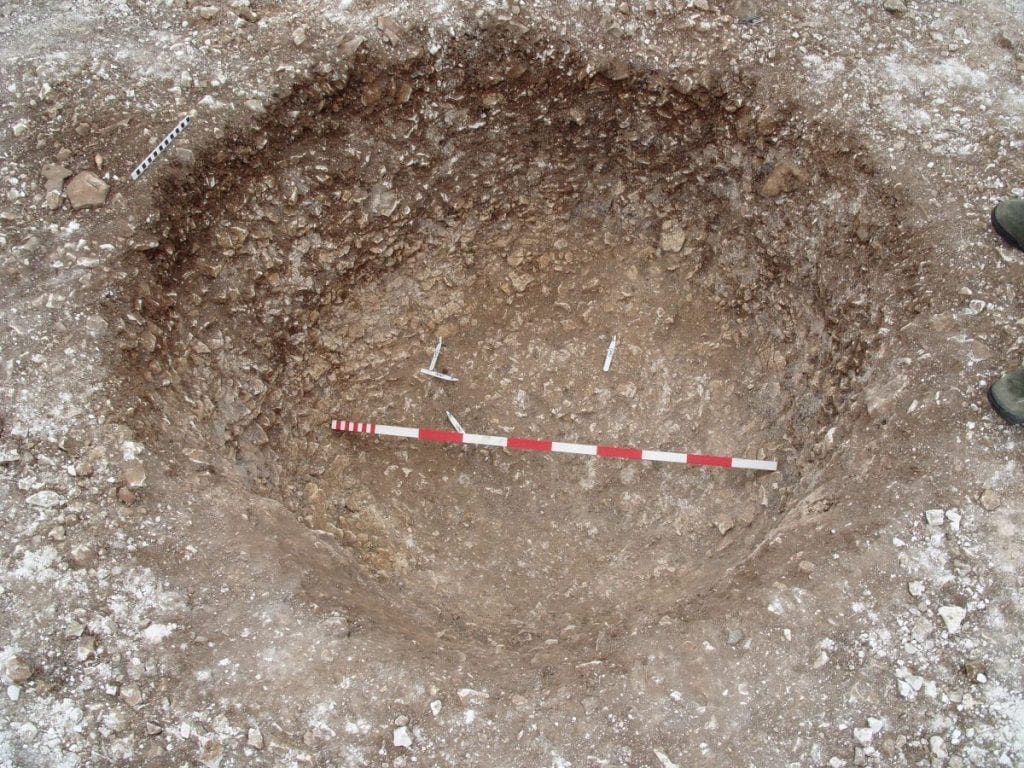 The 25 skulls were originally excavated from a network of 56 pits in the 1920s, placed around the inner circumference and ditch of Stonehenge, known as ‘Aubrey Holes’.

This technique allowed archaeologists to use this technique to investigate where these people had lived during the last decade or so of their lives.

The cremated human bone came from an early phase of the site’s history around 3000 BC, when it was mainly used as a cemetery.

Dr Snoeck said: ‘The recent discovery that some biological information survives the high temperatures reached during cremation (up to 1000 degrees Celsius) offered us the exciting possibility to finally study the origin of those buried at Stonehenge.’

“The cremated remains from the enigmatic Aubrey Holes and updated mapping of the biosphere suggest that people from the Preseli Mountains not only supplied the bluestones used to build the stone circle, but moved with the stones and were buried there too.” 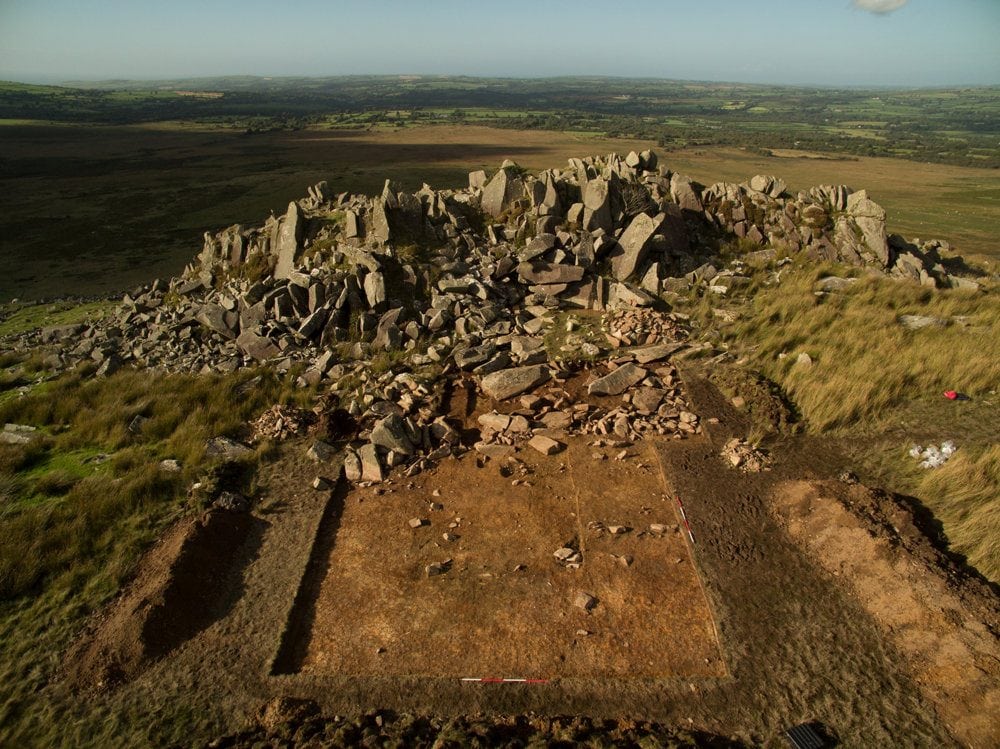 Lead author Associate Professor in Scientific and Prehistoric Archaeology Dr Rick Schulting at Oxford, explained: ‘To me the really remarkable thing about our study is the ability of new developments in archaeological science to extract so much new information ¬from such small and unpromising fragments of burnt bone.

‘Some of the people’s remains showed strontium isotope signals consistent with west Wales, the source of the bluestones that are now being seen as marking the earliest monumental phase of the site.’

Professor Julia Lee-Thorp, Head of Oxford’s School of Archaeology and an author on the paper, said: “This new development has come about as the serendipitous result of Dr Snoeck’s interest in the effects of intense heat on bones, and our realization that that heating effectively “sealed in” some isotopic signatures.”

The cremated remains from Stonehenge were first excavated by Colonel William Hawley in the 1920s, who reburied them at the site to be dug up at a later date.