“The word is overused, but our members are convinced the ambulance service is facing an utterly unprecedented crisis," said GMB's Steve Rice. 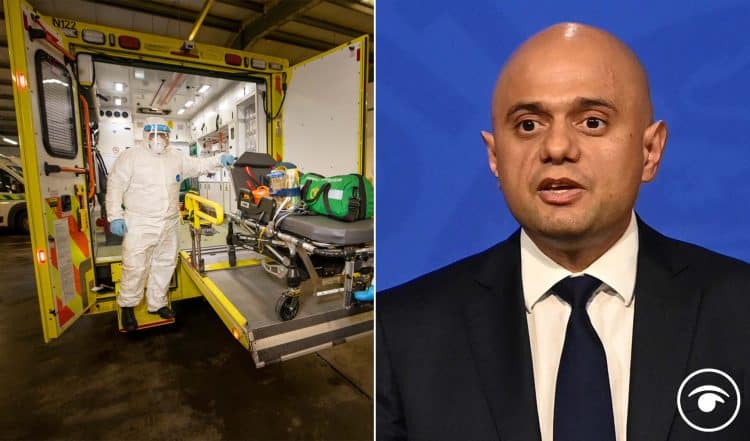 Patients waiting at least six hours for an ambulance will be “commonplace” this winter, a paramedic has warned.

Unless rapid and serious action is taken this winter problems may become insurmountable, ambulance workers have also told the Secretary of State.

The UK faces a “bleak” few months amid reports of increasing waits for A&E care. People who suffer heart attacks or strokes are likely to be the worst affected.

The warning comes as health services across the country experience four- to six-hour delays in getting to patients, increasing numbers of ambulances waiting outside hospitals and a backlog of 999 calls.

“Bad for a while”

Richard Webber, a paramedic and spokesman for the College of Paramedics, told the PA news agency: “This issue has been bad for a while, hospitals have been so much busier.

“Patients are being admitted and what’s happening is they cannot move them straight into A&E, so ambulances have become cabs waiting to unload outside hospitals.

“Our members are reporting delays of four to six hours in getting to people, which means there can be up to 15 ambulances waiting outside hospitals with patients inside.

“This also creates a backlog of 999 calls. I’m talking (about) up to 300 calls for a service to deal with, leaving people to wait at home potentially in need of serious medical attention.

“Everything is therefore taking longer; staff are dealing with three or four incidents every shift, when they would usually do as many as eight.”

In letters to Secretary of State, Sajid Javid and Jeremy Hunt MP, Chair of the Health Select Committee, the union raises ‘serious concerns regarding the untenable workplace pressures that our members are facing in the ambulance service’.

Members describe ‘the worst service pressures they have ever experienced – worse than any previous winter’.

Steve Rice, Chair of GMB’s National Ambulance Committee, said: “We have serious concerns about the untenable workplace pressures our members are facing in the ambulance service.

“This is not a new reality for workers –  as the pressures have been getting worse for a number of winters, over a number of years – but covid has severely exacerbated it.

“Our members are telling us the service is now under the worst service pressures they have ever experienced – worse than any previous winter – and do not feel confident things are going to get better as we head from autumn into winter.

“The word is overused, but our members are convinced the ambulance service is facing an utterly unprecedented crisis.

“Unless rapid and serious action is taken, we now feel this winter the problems may become insurmountable.”