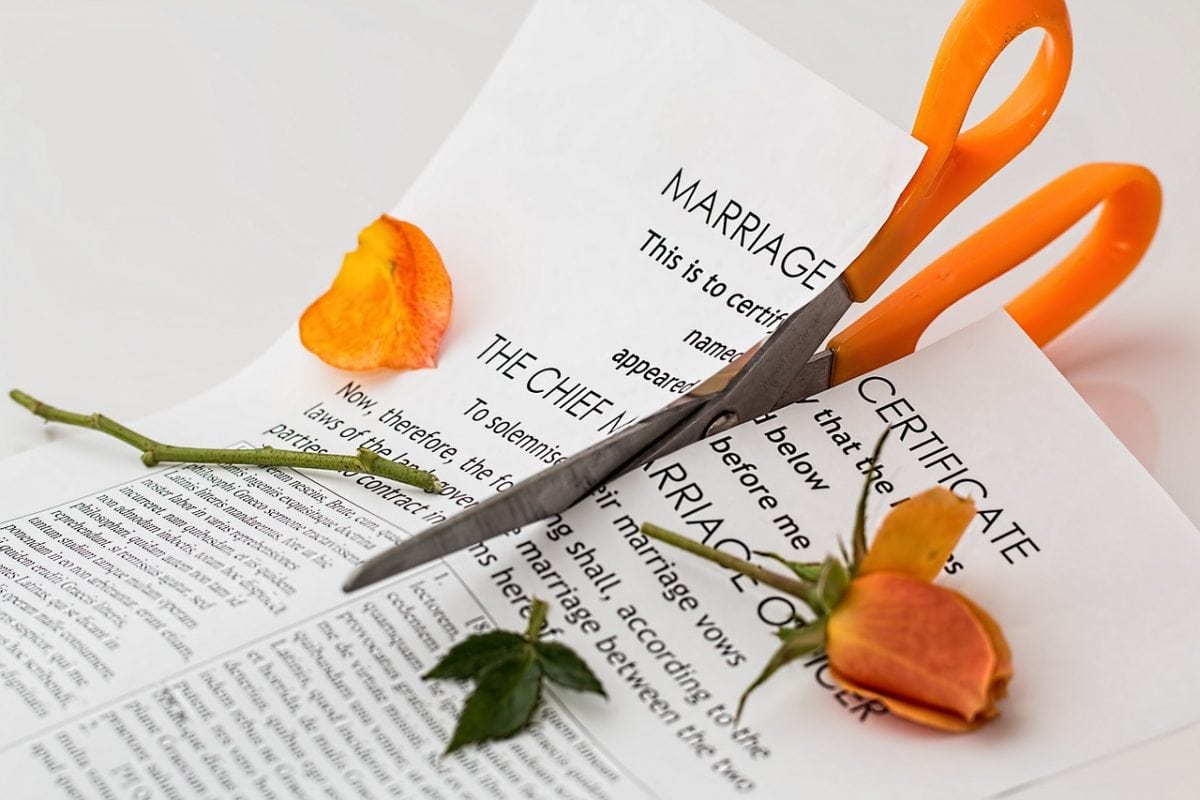 Unreasonable behaviour has overtaken adultery as the most common reason used by couples to get a divorce, according to new research.

And the reason is it speeds up the process – allowing couples to move on with their lives faster.

The proportion of divorces granted to wives because of unreasonable behaviour soared from 17 per cent in 1971 to 51 per cent in 2016.

Among husbands, the rise was even more dramatic, going from the least used ground in 1971 to the most in 2016 – up from two per cent to 36 per cent, the Oxford University study found.

Senior researcher Associate Fellow John Haskey explained: “Divorcing couples have become pragmatic in using the provisions of divorce law – learning, or being advised, that petitioning on a ‘fault’ fact ensures a faster divorce than on a separation fact – with ‘unreasonable behaviour’ providing the fastest.

“Divorcing wives may well need to obtain ancillary relief urgently, which may explain their greater use of ‘unreasonable behaviour’ than husbands.

“Furthermore, the strength of evidence, and level of detail, required for ‘unreasonable behaviour’ has weakened over the decades, and is now nominal.’

The Divorce Reform Act 1969 implemented in 1971 made the irretrievable breakdown of a marriage the sole ground for divorce.

Due to the way it works, unless the two people have been living apart for at least five years, or two if they both agree to separate – dubbed ‘no fault’ alternatives – one must accuse the other of adultery, unreasonable behaviour or desertion.

This can be established by ‘proving’ one or more ‘facts’ – though the ‘fact’ is not necessarily the cause of the breakdown.

“Hence the separation facts do not stand a ‘sporting chance’ in the stakes for selecting a winner for a quick divorce, in a ‘flight to the swiftest’.

“Much of the criticism of the present law stems from this differential in the speed of obtaining divorce, which can encourage a needless exaggeration of the respondent’s failings, and contribute to the conflict and bitterness of the present system.

“There is divided opinion over the retention of fault as a ground for divorce, and proposals for an entirely fault-free system, but a general recognition of the failings of the current law.”

The findings published in Family Law come as pressure mounts for reform of the divorce laws.

Last week Britain’s highest court ruled Tini Owens, 68, must stay married to her husband Hugh, in his 80s, even though she said she was unhappy.

The Supreme Court upheld a previous ruling by judges after Mr Owens insisted the relationship had not broken down irretrievably.

Mr Haskey, an associate fellow of demography in the Department of Social Policy and Intervention, said it was originally hoped separations would account for most divorces.

But the fault-based fact of ‘unreasonable behaviour’ has become most used in recent years – and desertion the least.

Using the available statistical data and some earlier demographic analyses, he found
divorces granted to wives citing adultery peaked in 1987 at 25 per cent – and at 45 per cent of those awarded to husbands.

But both proportions fell substantially to 11 per cent in 2016. In the case of husbands, this trend was counterbalanced by the growth in the proportion of divorces on ‘unreasonable behaviour’.

Desertion is now the least used fact for divorce.

It was already used proportionally less than others in 1971, but continued to fall afterwards, and represented fewer than one per cent of cases in 2016.

Part of the reason for this lack of use may be that respondents must have deserted the petitioner for at least two years before they file for divorce – which is exactly the same wait as for two years’ separation with consent.

Overall, there is a clear pattern of ‘fault’ fact divorces combined having steadily increased as a proportion of all divorces from 1971 to 1991, after which they formed a steadily decreasing proportion.

As far as the balance between ‘fault’ and ‘no-fault’ divorce is concerned, the situation has returned to what it was just after the Act came in, with 63 and 48 per cent of wives’ and husbands’ divorces, respectively, being awarded on the former.

While the Supreme Court handed its judgement down reluctantly, it effectively left Ms Owens locked in her marriage.

David Gauke, the Justice Secretary, is reported to be examining evidence for change following and accepts “the strength of feeling on the issue”.

A Ministry of Justice spokesman added: “We have noted this judgment and are carefully considering the implications.

“The current system of divorce creates unnecessary antagonism in an already difficult situation. We are already looking at possible reforms to the system.”