He also said he would never run for prime minister, saying he thought London Mayor would be the "biggest job" he ever held in public life. 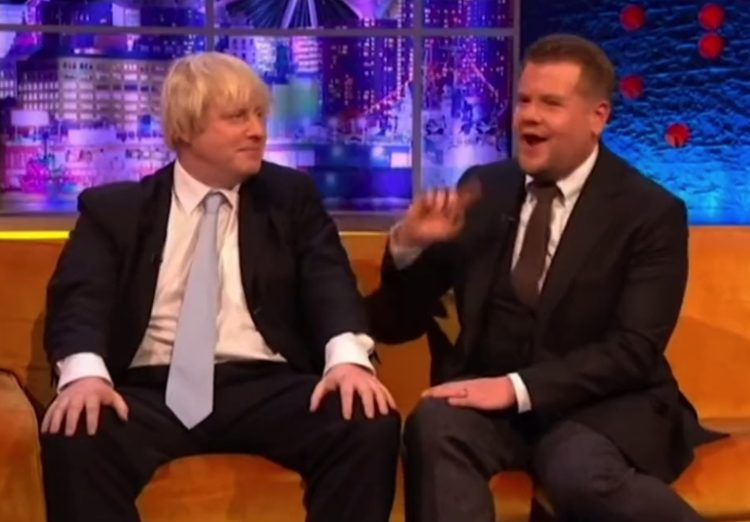 Flashbacks to a Jonathan Ross Show clip of Boris Johnson and James Corden have been making the rounds on social media.

The 2014 footage, which aired during Johnson’s time as mayor of London, featured an interesting debate on the effectiveness of helmets for cyclists.

Discussing his new bike-sharing scheme, Johnson said helmets would not be “mandatory” because they put people off.

“They tried making the helmets mandatory in Australia and people just stopped taking the bikes,” he said. “I think the health benefits of encouraging cycling outweigh, in my view, the risk and actually the medical evidence is mixed on this…”

Johnson also slammed UKIP for having a negative “agenda” as Nigel Farage’s party started to cut through.

He said: “UKIP doesn’t seem to me to have a positive agenda. I see what they don’t like, I’m not quite sure what they do like.”

Meanwhile, he dismissed the suggestion he could run for prime minister once his time as mayor came to an end, joking he is “well struck in years” and feels “lucky” enough with his political career thus far.

He explained: “The reality is I look at the situation now, I’m well struck in years, I’m 50. I’ve been very, very lucky to be Mayor of London, I always said I thought that would probably be the biggest job I ever held in public life.”