But the big story in the MSM today is not about Andrew, it's that Prince Charles' Aston Martin runs on Cheese and he thinks XR have a point.... 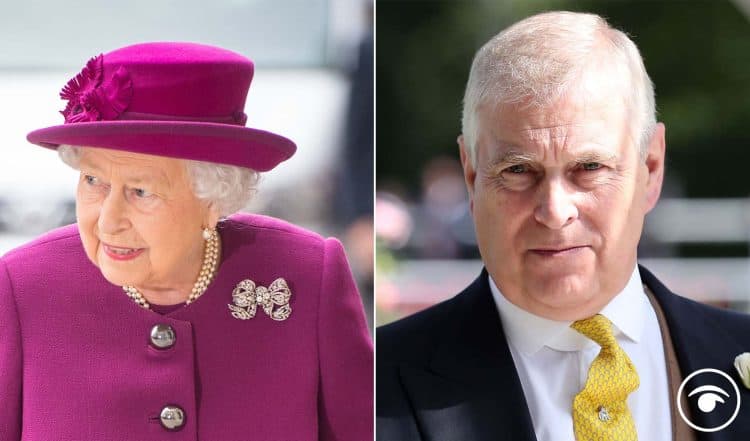 The Metropolitan Police are taking no further action after a review prompted by a Jeffrey Epstein accuser who is taking legal action against the Duke of York.

Prince Andrew was seen in Windsor for the first time today since Scotland Yard abandoned its review of sex abuse allegations surrounding him and Jeffrey Epstein.

Andrew, who lives at Royal Lodge in the Berkshire town, was photographed behind the wheel of his Range Rover this morning following the latest dramatic development in the case last night.

Virginia Giuffre is suing the Queen’s son for allegedly sexually assaulting her when she was a teenager.

She claims she was trafficked by Epstein, the duke’s former friend, to have sex with Andrew in London when she was aged 17 and a minor under US law.

The duke has denied all the allegations.

The update – first reported by Channel 4 News – also confirmed the force had completed its review into allegations reported in June by the broadcaster that British socialite Ghislaine Maxwell, the late Epstein’s former girlfriend, trafficked, groomed and abused women and girls in the UK.

The Met said: “We also reviewed information passed to us by a media organisation in June 2021. This review is complete and no further action will be taken.”

Last week, a US judge agreed for Andrew’s lawyers to receive a copy of a 2009 settlement they believe will nullify the civil case against the royal.

However, the story that MSM outlets have jumped on is that Charles said he understood why climate campaign groups such as Extinction Rebellion stage protests and block roads, but suggested they should take a less disruptive approach.

“I totally understand the frustration,” he said in an interview with the BBC.

“But it isn’t helpful, I don’t think, to do it in a way that alienates people … The difficulty is, how do you direct that frustration in a way that is more constructive rather than destructive?”

He added: “The point is, people should really notice how despairing so many young are.”

He said he had converted his car, an Aston Martin he has owned for five decades, to run on what he described as “surplus English white wine and whey from the cheese process”.

As the news of the case being dropped spread #abolioshthemonarchy began to trend on Twitter.