"He was the most unpleasant person I’ve ever interviewed of my entire career, and that goes back to 1972 when I started at a local newspaper." 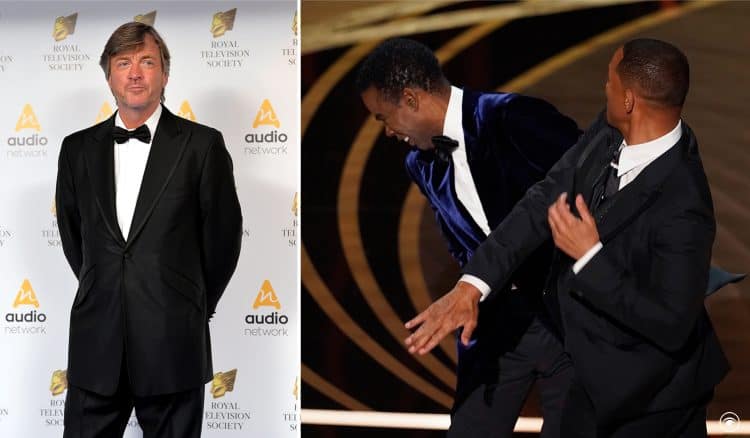 The Oscars were thrown into chaos last night after Smith stormed the stage and hit the comedian in the face after the comedian made a joke about his wife Jada Pinkett Smith.

The incident overshadowed a night which saw Coda, which features a predominantly deaf cast, named best picture, while Troy Kotsur made history as the first deaf male actor to win a gong and Sir Kenneth Branagh won the best original screenplay prize for his semi-autobiographical film Belfast.

The Magic Mike XXL star and Red Table Talk host has previously spoken about her struggles with alopecia and said it is what prompted her to shave her head.

However, Smith walked up on stage and appeared to hit Rock before returning to his seat and shouting twice: “Keep my wife’s name out of your f****** mouth.”

The altercation left Rock shocked and flustered as he tried to resume presenting the best documentary feature category.

Touching on the issue on today’s Good Morning Britain, Madeley described the comedian as the “most unpleasant person I’ve interviewed without hesitation” as he flexed his guns.

“I was asked by GQ Magazine some years ago. He was the most unpleasant person I’ve ever interviewed of my entire career, and that goes back to 1972 when I started at a local newspaper”, he told Susanna Reid.

“It was for the film Madagascar. Had it been live, it would have been abandoned.

Later in the programme, Richard continued to slam Chris for joking: “Jada, can’t wait for GI Jane 2”, calling him a “toxic person”.

He added: “If a man makes a crude and rude remark about their woman, you are playing with fire. I’m not saying its right.”

Susanna Reid, interjected: “That is an assault and it’s not ok. There is no justification for hitting another human being.”

While the presenter said Will is a “great person to interview”, she added: “It’s not ok to get on stage and hit a human-being”.