A coalition of left-leaning parties that opposes the proposal put up signs ahead of the referendum that read: “Absurd. Useless. Islamophobic.” 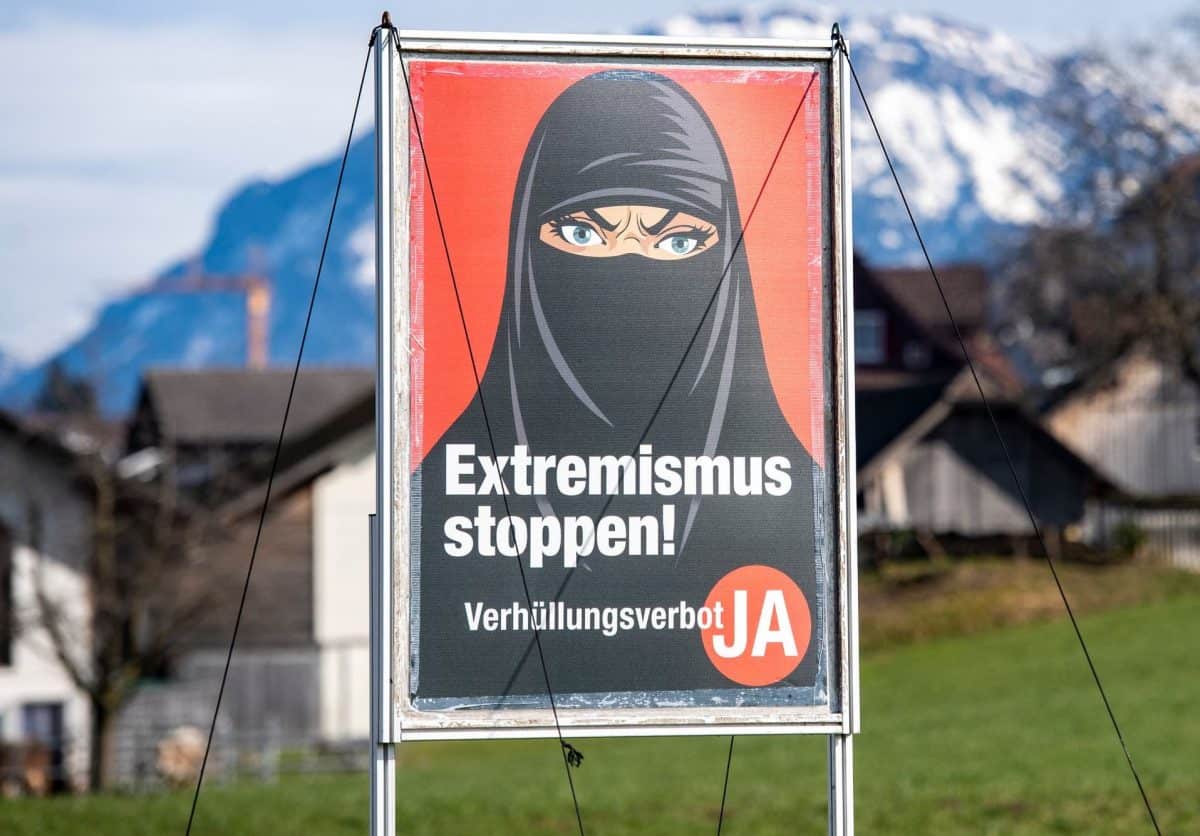 Swiss voters have narrowly approved a proposal to ban face coverings, both niqabs and burkas worn by a few Muslim women in the country and the ski masks and bandannas used by protesters.

The measure will outlaw covering one’s face in public places such as restaurants, sports stadiums, public transport or simply walking in the street.

It foresees exceptions at religious sites and for security or health reasons, such as face masks people are wearing now to protect against Covid-19, as well as for traditional carnival celebrations. Authorities have two years to draw up detailed legislation.

Two Swiss cantons, or states, Ticino and St Gallen, already have similar legislation that foresees fines for transgressions. National legislation will put Switzerland in line with countries such as Belgium and France that have already enacted similar measures.

The Swiss government had opposed the measure as excessive, arguing that full-face coverings are a “marginal phenomenon”. It argued that the ban could harm tourism – most Muslim women who wear such veils in Switzerland are visitors from Persian Gulf states, who are often drawn to Swiss lakeside cities.

Experts estimate that at most a few dozen Muslim women wear full-face coverings in the country of 8.5 million people.

Supporters of the proposal, which came to a vote five years after it was launched, argued that the full-face coverings symbolise the repression of women and said the measure is needed to uphold a basic principle that faces should be shown in a free society such as Switzerland’s.

In the end, 51.2% of voters supported the plan. There were majorities against it in six of Switzerland’s 26 cantons – among them those that include the country’s three biggest cities, Zurich, Geneva and Basel, and the capital, Bern. SRF public television reported that voters in several popular tourist destinations including Interlaken, Lucerne and Zermatt rejected it.

Backers included the nationalist Swiss People’s Party, which is the strongest in parliament. The committee that launched the proposal is led by a politician from the party, Walter Wobmann, and also initiated a ban on the construction of new minarets that voters approved in 2009.

A coalition of left-leaning parties that opposes the proposal put up signs ahead of the referendum that read: “Absurd. Useless. Islamophobic.”

Mr Wobmann told SRF that the initiative addressed both “a symbol of a completely different system of values… extremely radical Islam” and security against “hooligans”. He said that “this has nothing to do with symbolic politics”.