Over four decades after boys taught at a Home Office approved school taken over by Devon County Council were brutalised and abused in a horrific regime, the local authority that should have looked out for them as children has finally apologised. The apology was read out at the Independent Inquiry Into Child Sexual Abuse in […] 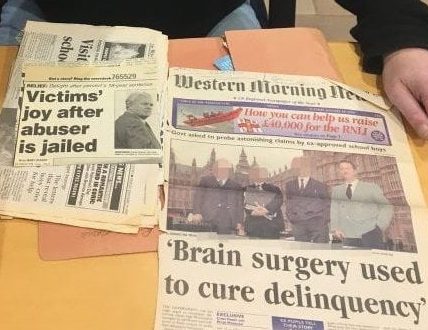 Over four decades after boys taught at a Home Office approved school taken over by Devon County Council were brutalised and abused in a horrific regime, the local authority that should have looked out for them as children has finally apologised.

The apology was read out at the Independent Inquiry Into Child Sexual Abuse in England and Wales (IICSA) by the council’s legal representative.

Last week, David Enright who represents many survivors of child sexual abuse in the inquiry chaired by Alexis Jay, wrote to councils, police forces and Home Secretary Sajid Javid asking them all to apologise for failing those who as children they should have protected.

He also told the inquiry that it was shameful that the Home Office had not bothered to send a representative to Accountability and Reparations hearings looking into how victims were failed in the aftermath of child sexual abuse.

At the start of these hearings, representatives for survivors explained that not one of them, despite the abuse they had suffered, and justice they had been denied, ever received an admission of liability or an apology.

“The council is deeply sorry for the abuse suffered by some residents at the hands of those who perpetrated the crimes.

“The council and I commend their bravery in bringing such painful and distressing memories forward.

“The council will continue to treat any claims from former residents delicately and with respect, recognising that each case involves an individual person not a member of a group.”

Survivors of Forde Park would be offered support and counselling, the letter added.

“These men have fought for up to 45 years to get Devon County Council to acknowledge that they were abused in Devon’s care, for Devon to apologise for that abuse and for Devon to commit to provide support to these men, whose lives have been so seriously damaged by abuse while in the care of Devon County Council,” said solicitor David Enright, who represents former pupils.

“This is a major step forward, and is appreciated.

“However, it is a very great pity that it has taken so many years for Devon to step up and apologise to those it failed in care.”

Children at the secure school and home in Newton Abbot, which harboured a particularly sadistic paedophile ring before it closed in 1985 – then under Devon County Council control – were subjected to horrendous physical and sexual abuse by staff emboldened by a Home Office which permitted corporal punishment of some of Britain’s most vulnerable children at such institutions.

Pupils were used as slave labour and too often left Forde Park more traumatised than educated. Children ended up trapped there through minor misdemeanours, poverty or just having no parents to look after them.

Not all who managed to survive the trauma inflicted there are still alive to receive Devon council’s apology.

Enright said in the time the inquiry had taken to get to this hearing, two survivors had recently died and one is now seriously ill.

Having attended one client’s funeral last month, he had read his client’s poignant plea to an earlier hearing:

“I had my childhood stolen from me.

“The abuse I suffered was never investigated and I have never received an explanation for why staff at Forde Park were able to abuse children without anyone stepping in to stop it.

“I know that I am not the only person who reported abuse at Forde Park when it was going on. The physical abuse was no secret. It was done openly. The police and Social Services knew of it, but allowed it to continue.

“I want this inquiry to find out why, when the physical abuse, at least, was so well known about, did no-one in authority do anything.

“I also want the authorities responsible for Forde Park to acknowledge openly that I and so many other boys were treated like animals at Forde Park and I want a public admission that the responsible authority knew of it, or should have known of it, and an apology.”

Forde park was shut down after multiple warnings in 1985. It took a further decade for Operation Lentisk to result in several convictions for brutal physical and sexual assaults against boys who had been sent to the school from as young as ten years old.

Enright told the hearing earlier how the Home Office and Devon and Cornwall Police had investigated child abuse at Forde Park School as early as 1958. Further report of abuse from pupils emerged in 1976, but still no staff member was prosecuted by police. For decades authorities were aware that children were being still placed at risk of brutal violence and sexual abuse.

Then when survivors as adults finally compiled enough evidence for police to investigate seriously and prosecute Forde Park’s predators, Devon County Council instead of investigating survivor’s cases and offering support and counselling, passed them on to their insurance company to limit liability and compensation. 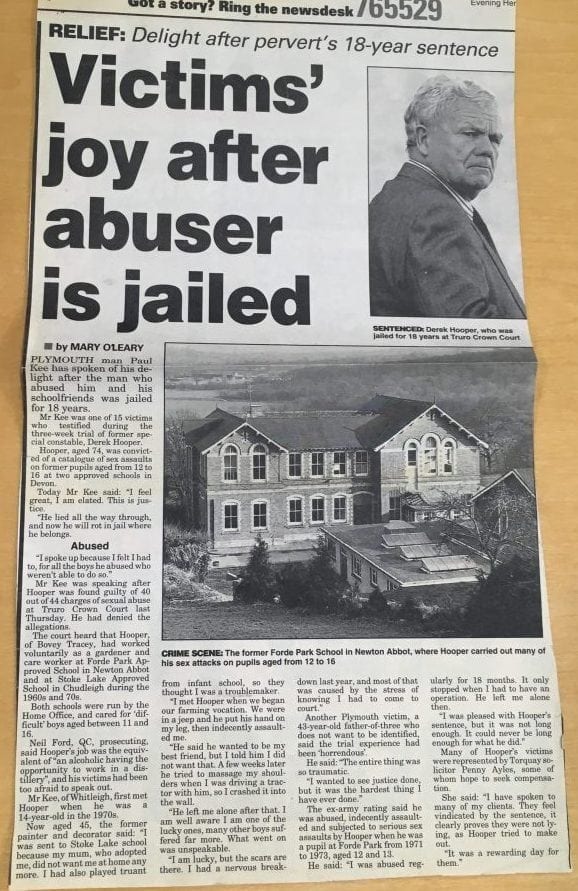 “A civil justice system that allows local authorities and insurance companies to cover up sexual abuse of children, to protect reputations and save money, is neither civil nor is it just,” Enright had told the inquiry.

“The epidemic child abuse at Forde Park was the triggering event for Operation Lentisk undertaken by Devon and Cornwall Police between 1999 and 2002, which led to allegations being made against 190 persons by 302 victims at 41 institutions across Devon and Cornwall.

“Now, we do not know what other reports or records that the Home Office have, Devon Council has or the Devon and Cornwall Police have, although we have pressed and pressed on this issue.

“Many of our clients took part in the group action against Devon County Council from the late 90s to the 2000s. They were deeply dissatisfied with their legal representation, with the civil justice process and the settlements they received… Devon County Council defended all of the claims using limitation.”

The IICSA inquiry will examine how children leaving care with more trauma than education and let down by police and authorities engaged in self-destructive behaviour, falling foul of the law to find that used against them in limitations to their compensation.

The Accountability and Reparations hearings have also heard that councils colluded with their insurance firms to limit liability for the abuse suffered by children in their care.

On Monday, Rod Luck, representing Devon County Council’s former insurer Municipal Mutual Insurance Ltd (MMI), which had been given claims from Forde Park victims, insisted he had not seen any evidence of collusion or improper behaviour.

46 out of 101 claims dating back to 1968 were settled between 1988 and 2013 with MMI paying out claims. Limitations were used to limit compensation. 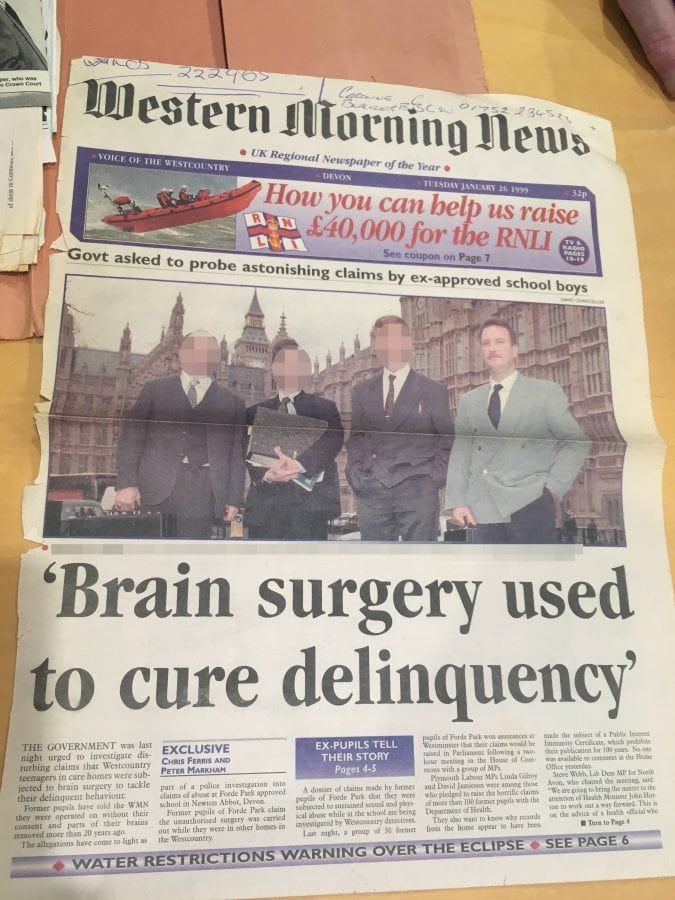 This week they hit out at Devon County Council, branding the apology “too little, too late.”

They also told The London Economic that the council had not been truthful to the inquiry about how it dealt with the claims of survivors in the aftermath.

Paul Sinclair’s history in care was marked by shocking abuse and violence from the staff entrusted with his childhood.

He insisted that the council should provide an accurate account to the inquiry to be able to examine how survivors had been let down.

Sinclair explained how Forde Park survivors were represented by solicitors Woollcombe Beer Watts in a group legal aid action which was settled away from the eyes of the press or the survivors when Devon County Council gave insurers MMI the task of dealing with claims arising from the horrific regime at Forde Park.

He added that the Forde Park survivors had been so let down when it came to justice, compensation and support that they deserved that the case to be reviewed. 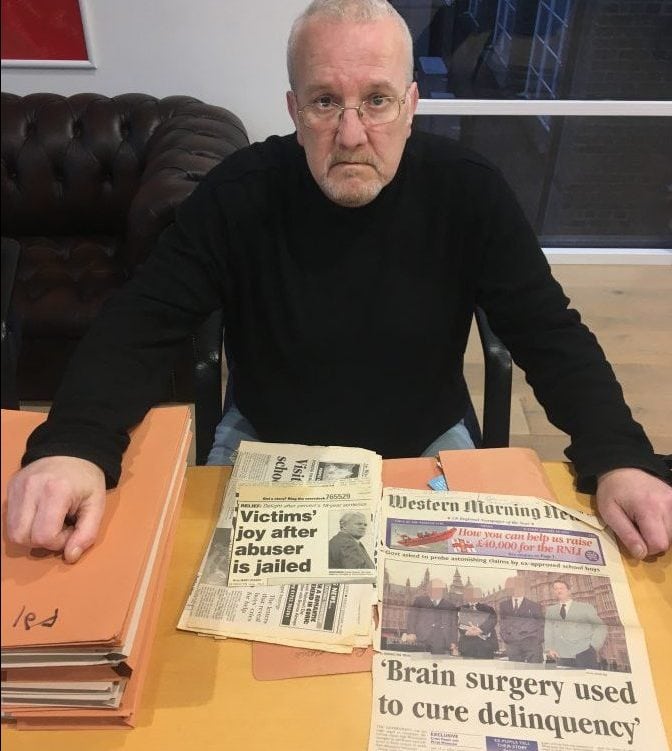 “Personally I received compensation of £2,700,” said Sinclair. “The compensation most people got was an insult. It was another devastating blow after what they had been through to be sent away with a few thousand pounds and no support.

“We had to go and make our way through life failed by the legal system. We need redress for that.”

Another survivor and core participant known by the inquiry as F16 to preserve his anonymity  also accused the council of giving a false account by saying that cases were dealt with individually.

F16 slammed the council’s apology and offer of support and counselling “too little and too late: it should have been offered to us 45 years ago.”

Previously Forde Park survivors revealed to The London Economic how they had found records of their childhoods missing and had been told around the time of their civil case, that a van had taken many files from the council records office.

This week Paul Greatorex, counsel for Devon County Council, told the inquiry that his client had complied with all requests for documents and evidence. 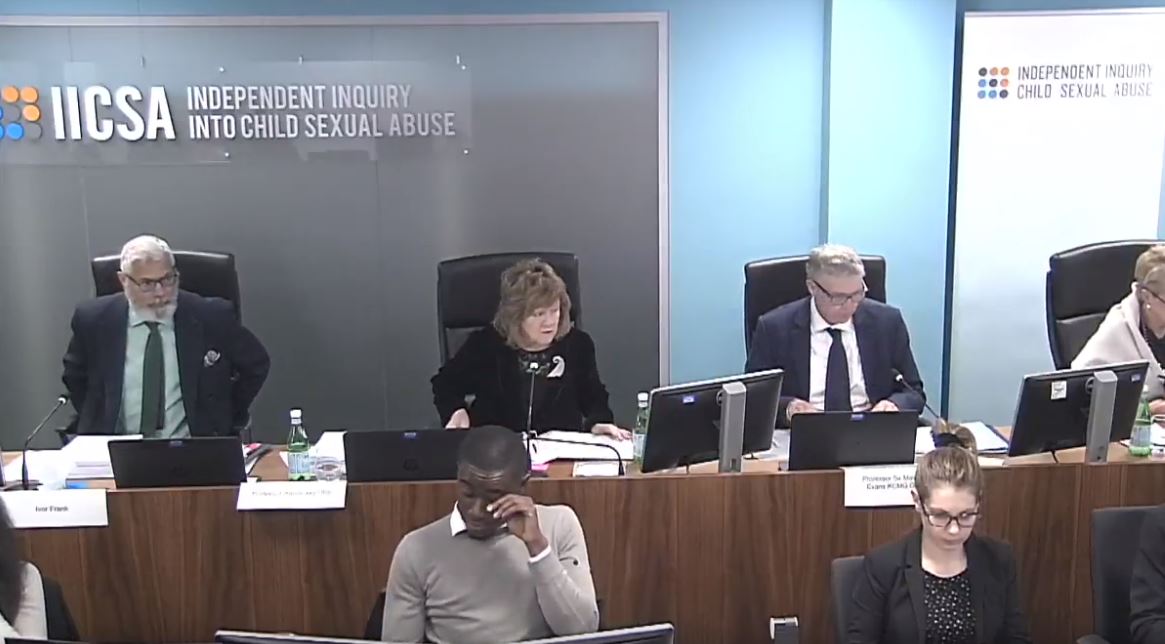 The experiences of children at these institutions are being looked at as case studies by the IICSA, examining what happens in the aftermath of child sexual abuse.

To date, only Devon and Durham councils have offered their apologies in this round of hearings, but other institutions such as the Home Office have not even seen fit to turn up.