“The children are scared because they know after Christmas we’re going to have to be out." 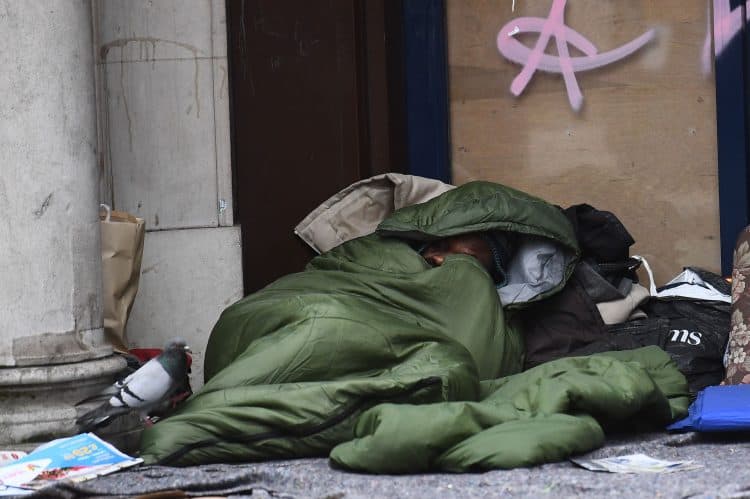 An estimated 200,000 children are at risk of being left homeless this winter, charity Shelter said.

A poll carried out by YouGov for Shelter found that 104,000 families in privately rented homes received eviction notices in the last month, or are behind on their rent and are in danger of losing their homes.

Shelter estimated that 55,000 children, along with their families, have already been evicted in the last three months.

Mother-of-three Kat, 48, from Worthing was served an eviction notice with an end date of January 18 and has not been able to find another home.

As well as looking after her three sons aged 15, 12 and eight, trained midwife Kat, who did not give her last name, is also caring full-time for a relative with Parkinson’s and dementia.

She said: “My children have a right to feel safe and secure. They know we’re on the verge of being made homeless and that has a direct impact on their psychological wellbeing.

“It’s absolutely horrible. Even my eight-year-old knows we’re being evicted. As a parent, you’re totally helpless.

“The children are scared because they know after Christmas we’re going to have to be out. I say to them, ‘Let’s enjoy being here while we can, we’ll put a lovely Christmas tree up and we’ll make it beautiful’.

“And then after Christmas, we will be prepared to find somewhere else.

“I am really scared though that we’re going to be homeless and be put somewhere really horrible. I’m scared the kids will think it’s my fault. I don’t want them to think it’s something I’ve done that has put them into that situation.”

Shelter’s research also showed that 71% of renting families would struggle to find another home this winter, and 21% say their children know they are struggling to pay rent. Of those surveyed, 11% said their children worry about becoming homeless.

The charity is now calling on the public to support its frontline advisers to help as many families to find or keep hold of a safe home.

Shelter chief executive Polly Neate said: “No child should have to worry about losing their home this Christmas, let alone 200,000. But so many families will spend every day with the threat of eviction looming over them, not knowing if they will still have a home next year.

“Eviction notices have started dropping on doormats and our services are working round the clock to help families who have nowhere else to go.

“Like it has before, the Government needs to intervene to keep people safe in their homes. We urgently need more support for renters to protect them from eviction this winter.

“Thousands of families are teetering on a cliff-edge. It’s only with the public’s support that we’ll be able to keep answering calls and help as many of them as possible keep the bailiffs at bay.”